Black Mayor to be Named Obama's Secretary of Transportation 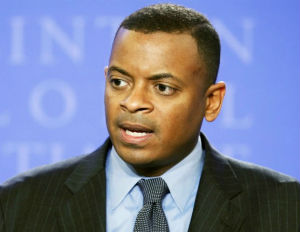 President Barack Obama will name Charlotte, North Carolina Mayor Anthony Foxx as his next Secretary of the Department of Transportation, Â The Huffington Post reports.

Foxx is an African- American who was considered for the transportation secretary slot because ofÂ Â the work he had done on Charlotte’s transit system, including streetcar and light-rail projects.