Money Motivation: Does Growing Up With a Silver Spoon Foster or Inhibit Boss Moves? - Black Enterprise 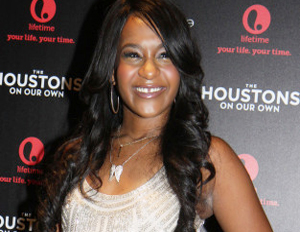 One of my favorite media professionals was recently interviewed by shock jock Howard Stern, and he revealed one very telling insight on growing up in a wealthy family but being motivated to succeed by more than money:

“My mom’s made clear to me that there’s no trust fund,” CNN anchorman Anderson Cooper told Stern Monday. “There’s none of that. … Who’s inherited a lot of money that has gone on to do things in their own life?… From the time I was growing up, if I felt that there was some pot of gold waiting for me, I don’t know that I would’ve been so motivated.”

Cooper’s insights about wealth and ambition led me to question whether growing up with a silver spoon indeed hinders or boosts one’s boss moves motivation, especially as a young professional on the come up. Some might say poverty is the biggest motivator to achieve, but there have been studies that suggest otherwise. The common thought about kids who grow up in wealth is that many lean on those advantages so much that they become dependent, non-achieving members of society, but there are always exceptions to stereotypes. (Think Angela and Vanessa Simmons, Traci Ellis Ross, Jaden and Willow Smith, Linda Johnson Rice, Brett and Paige Johnson—all professionals from wealthy backgrounds who have pursued passions in their industries and built brands on their own talents and merits.)

On the other side of this coin are cases like Whitney Houston’s daughter, Bobbi Kristina, who is currently caught up in a family feud between her husband and her aunt, the co-executor of Houston’s estate. Under Houston’s will, Bobbi Kristina begins receiving her inheritance at 21, starting with a 10% distribution. The estate’s assets are estimated at $12 million to $20 million. The most activity many of us have seen from the superstar songstress’ daughter—beyond scandal and public family disputes— are aggressive tweets from her new spouse, and concerns from fans about her “too skinny” physique. In terms of potential boss moves, there were plans to follow in her mother’s footsteps as a singer and reports of a budding acting career. At her tender age, many fans and watchers hope that she will overcome challenges and arise as a true star, building a long-lasting career and legacy of her own. (I’m indeed part of that crowd wishing her the best.)

When all is said and done—silver, plastic or wooden spoon—one’s success and happiness depends on their own efforts to strive and succeed, and no amount of money in the world can buy true career advancement and fulfillment.

Do you think growing up wealthy hinders or boosts motivation to succeed? Vote below, #Soundoff and follow me on Twitter @JPHazelwood.

How You Can Celebrate Financial Literacy Month