Power Women of the Diaspora: Nicole Amarteifio of 'An African City' 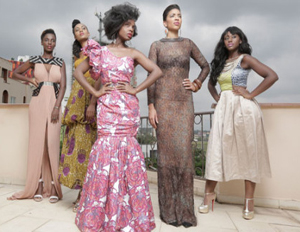 Driven to address the constant portrayal of African women as poverty-stricken in mainstream media, creator of the web series, “An African City“, Nicole Amarteifio, set out to offer a different narrative. Since launching the series on YouTube in March, the first episode has reached more thanÂ  150,000 views. Each week, fans awaited the release of a new episode to follow the story of five educated, stylish, African diaspora career women living in Ghana’s capital city, Accra. The show recently had its finale, closing out with more than 600,000 views for the series as a whole.

Like the characters on the series, co-director and executive producer Amarteifio returned to Ghana after living abroad. She draws inspiration from “Sex and the City” and real-life experiences of diaspora women returnees when crafting storylines. As Amarteifio’s characters explore dating and deal with cultural, professional and social transitions, the show takes viewers on a journey with a group of friends whose careers are as impressive as their fashionable wardrobes.

Shaping how her script translates on camera, this visionary woman is making waves globally as she provides an alternative depiction of African woman in media. BlackEnterprise.com caught up with Amarteifio to discuss her transition to working in Africa, how those experiences sparked a web series and her advice for women seeking global careers.

BlackEnterprise.com: Why is it important for you to incorporate the professional lives of the women in the web series?

Nicole Amarteifio: It’s important for me to touch on the women’s professional lives for the benefit of the viewers. I hope that there is something that they can gain or be inspired by from watching. For example, we mention the African Growth and Opportunity Act (AGOA), which benefits African entrepreneurs who want to export items to the United States. Many African exporters don’t know about it, so I was hoping that someone listening to Zainab’s character share how she exports shea butter under AGOA would find it interesting and Google it.

You started working on the series while living in the United States. How was the script affected by your own returnee experience in Ghana?

I started writing the scripts in 2009 and by the time we got to production in Ghana, it was 2013. The scripts had changed completely by 2013 because I had been living in Ghana for a year by then. At that point, the scripts were impacted by my experience in the country. For instance, I pulled from daily interactions I would have with people and wove them into the script.

T. Boone Pickens Welcomes Dr. Dre to The 1 Percent With a Tweet