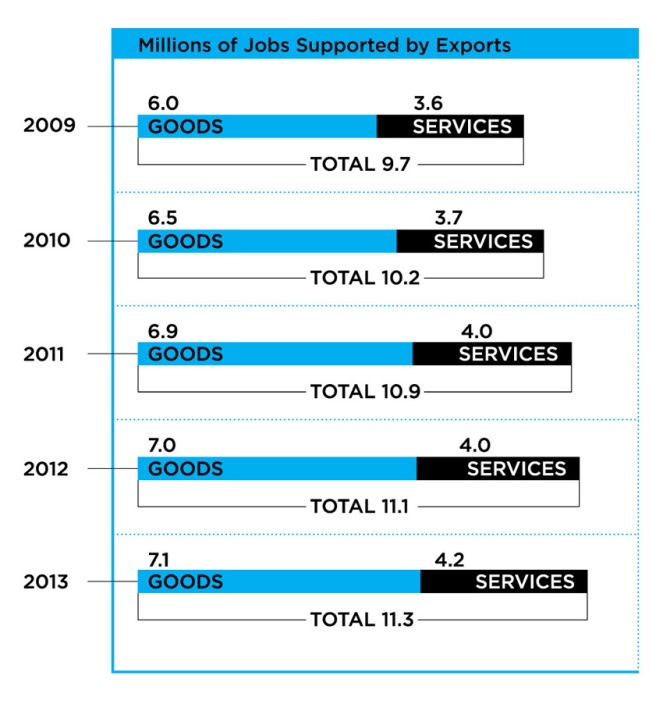 In 2010, President Obama launched the National Export Initiative in 2010 to sell more American goods and services to foreign markets. Since its launch, the United States has experienced four consecutive years of record exports, including nearly $2.3 trillion in 2013, according to the Department of Commerce.