Investing In Science And Technology-Based Securities 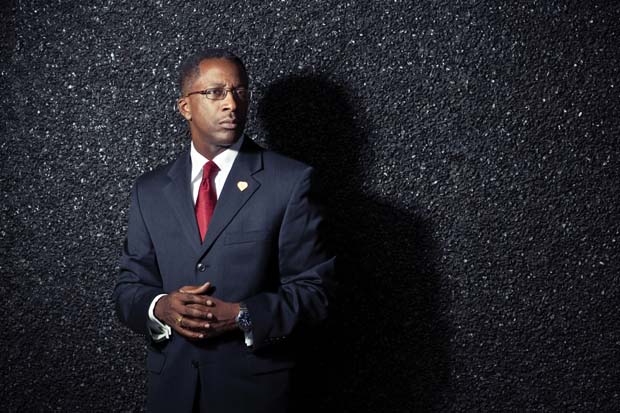 Lee Baker, a Georgia Tech graduate with a degree in industrial engineering, has a fondness for science- and technology-based securities. Although he believes 2012 will be another bumpy ride for the financial markets, the founder and owner of full-service Apex Financial Services Inc. in Tucker, Georgia, still likes those equities. Baker doesn’t think the U.S. will suffer the double-dip recession that some economic pundits have predicted. Frankly, he says, we haven’t seen new problems since 2008. The European Union’s ongoing roller-coaster ride will clearly affect what happens here, although making predictions about the eurozone is a fool’s errand. Baker suggests that investors rely on the stock-picking approach of legendary money manager and current Fidelity research consultant Peter Lynch: Invest in what you know. Baker talked to Black Enterprise about three company stocks he recommends.

1 AGL Resources/Nicor (GAS) This recently merged entity created the nation’s largest natural gas-only distribution company. Before the two companies announced their merger in December 2010, AGL Resources and Nicor separately provided dividend yields of greater than 4%. Don’t expect spectacular growth, but look for continued dividends to smooth out the ride. There will be continuity at the top since AGL Resources Chairman, President, and CEO John Somerhalder II will head the combined company; Nicor CEO Russ Strobel has retired. Somerhalder has promised that the cost of delivering natural gas won’t increase for three years. Natural gas is a commodity, so its costs change in response to supply and demand. Longer term, expect natural gas to increase market share which should only help this new entrant to the S&P 500. Target price is $47.50.
PRICE AT REC.: $41.04Â  -Â  P/E: 15.78

2 Apple (APPL) Look around you–Apple products are everywhere and influencing competitors in areas of style, software, use, and service. And Apple won’t be disappearing anytime soon, despite the death of its visionary leader, Steve Jobs. Investors will expect Apple to keep chugging along, as it updates and tweaks new products for the foreseeable future. Baker says that everyone in his house owns something made by Apple, and that’s increasingly likely in your home and office, too. Apple has a pretty significant cash position, and one can expect continued growth from iPhones, iPads, and iTunes. Although more tablets have entered the market, the Cupertino, California-based company should do well even with a smaller share of a bigger pie. At a price above $400 a share, it’s a dollar-cost average buy anytime it drops. It is worth the present pain, for long-term gain. Target price is $505.
PRICE AT REC.: 421.73Â  -Â  P/E: 15.24

3 ExxonMobil (XOM) While oil will remain the most widely used fuel, overall energy demands will be reshaped by a continued shift toward less carbon-intensive energy sources–such as natural gas. With a current P/E ratio of 10.04 this stock looks undervalued. ExxonMobil’s sheer size gives it tremendous economies of scale. The company has a solid track record of dividends and a strong management team. Truly a global brand, ExxonMobil gets only 31% of its revenues from the U.S. This diversification is a buffer to economic risk from volatile markets. Target price is $92.
PRICE AT REC.: $85.50Â  -Â  P/E: 10.30