Last week’s news that Amazon acquired luxury grocery store chain Whole Foods rocked the business world. There have been countless articles speculating on Amazon CEO Jeff Bezos’ new net worth—with some saying he is on track for becoming the richest person in the world. What’s being lost among the fervor over the money is how this purchase is likely a game-changer for communities of color by making high-quality, fresh food more affordable and more widely available.

There is little doubt that Amazon is poised to disrupt the way we purchase groceries just as it did with the way we shop for everything else. Just last year, the company launched Amazon Go, a grocery store that uses Amazon’s Just Walk Out Technology.

This technology automatically detects when products are taken from or returned to the shelves and keeps track of them in a virtual cart. When you leave the store, your Amazon account is charged and you are sent a receipt. Amazon Go only requires an Amazon account, a smartphone, and the Amazon Go app.

Amazon Go is still in the experimental stage, currently only available to Amazon employees. It’s probably safe to bank this technology will play a large role in the Whole Foods acquisition.

It Will Be Delivered Everywhere

It’s also not a stretch to assume that anything you can buy now at Whole Foods you will be able to have delivered (and probably soon by drone).

We are all aware of, and many of us hail from communities where McDonald’s, Popeye’s, candy stores, and bodegas account for a lot of that community’s food options. This means many people of color are living off of fast food as well as processed foods.

These unhealthy foods contribute to a host of health issues including obesity as a result of malnourishment, according to a report from Community Commons.

We also know that Whole Foods are located in wealthy zip codes. Having the ability to deliver from there to well, just about anywhere—makes Whole Foods accessible to those who do not reside in those zip codes.

It Will Get Cheaper

Of course, Whole Foods is not called “Whole Paycheck” for nothing. It’s expensive. But, as mentioned, with Amazon’s takeover, automation is sure to be a factor. It’s very likely cashiers will be replaced as Amazon Go’s technology is introduced in stores.

This automation will cut operating costs, allowing Whole Foods prices to drop. Couple that with the fact Amazon just reduced the rate of its Prime service for those with lower incomes.

Equally important is that Amazon will democratize the wholesome food grocery experience the same way it has done with item shopping. For black and brown people and their kids stuck in food deserts, this will be a good thing. 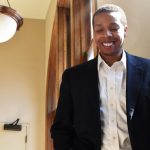