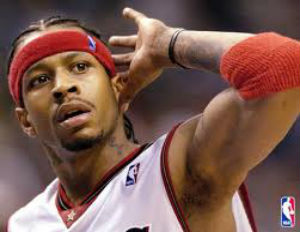 Though former NBA-er Allen Iverson settled his divorce in January, a divorce lawyer who worked on his case, Jonathan Levine, has filed a lien against Iverson in a Georgia court, claiming he owes a $61,098.86 legal bill, TMZ reports.

Levine says the debt is from back in 2012 — before he quit the case. HeÂ withdrew himself from Iverson’s divorce at the end of last year, then Iverson hired a new attorney to replace him, who handled the January settlement.

Iverson has had a string of financial problems lately, losing his Atlanta mansion in a foreclosure auction. Now he must pay $3 million to his ex-wife, Tawanna Iverson, as part of their divorce settlement.

The Embrace of Black History Month in Canada