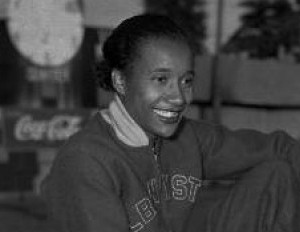 According to The Huffington Post, the first black woman to win an Olympic Gold has died. Alice Coachman, who ran track and field, died at the age of 90 in Georgia on Monday. Although a cause of death wasn’t reported, the Albany Herald newspaper reported that she had suffered a stroke three months earlier.

Coachman won her gold medal in the high jump at the 1948 summer Olympics in London, becoming the first black woman to do so.

“Alice literally set the bar with her accomplishments at the 1948 Games, but Olympic champion is only part the incredible legacy she leaves behind,” United States Olympic Committee CEO Scott Blackmun said in a written statement.