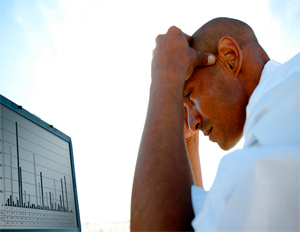 While putting in overtime at work is a clear sign of your ambition to get the job done, the health effects that come with working more than 40 hours per week may not be worth the extended nights in the office.

While 55 hours per week is the number measured in many studies, Marianna Virtanen, of the Finnish Institute of Occupational Health, tells the Washington Post that the number is no magic overtime marker for when overworked employees can feel these effects. She said the number is simply a common cut-off used in research, and that 48 hours is another common number used as well.

In addition to causing health complications, studies also show that working overtime can cause a decrease in productivity. A study released by a Stanford researcher last year found that productivity begins to fall off at about 50 hours per week, and that no major difference in output was found between professionals who work 70 hours per week and those who work 56 hours a week.

With a Gallup study showing that the idea of a 40-hour work week is slowly becoming a thing of the past; as the average full-time American employee works 47 hours per week, research such as this serves as a warning sign to all workaholics who have a hard time leaving the office.