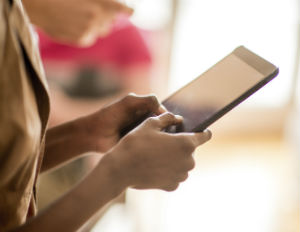 Since 1997, Black Enterprise has honored entrepreneurial powerhouses through its annual Small Business Awards, given each year at its Entrepreneurs Summit. One such outstanding recipient was AllHipHop.com, which won the 2006 Rising Star of the Year award.Â Jamilah Barnes Creekmur, the former chief operator officer of AllHipHop.com, is taking her expertise to Al Roker’s new livestreaming company: Roker Media.

Creekmur is serving as the senior business development manager for Roker Media, a division of Al Roker Entertainment Inc. in New York. In this role, one of her core responsibilities is to identify potential business deals, brand partnerships & influencers, and present these to senior management within the Roker Media organization. She characterizes Roker Media as the first livestreaming network and lives at the intersection of brands, influencers, and audiences.

Roker Media is venturing into a potentially lucrative market and has taped Creekmur to help move this venture along. And rightfully so, within her first three months at AllHipHop, Creekmur doubled the earnings of the business, and a year later, led the company to make its first $1 million dollars in advertising sales revenue. Under her guidance, AllHipHop.com’s online stats metrics went from being the ‘new kid on the block,’ to being the #1 Hip-Hop site in the world. Moreover, she more recently has served as a lead consultant for multiple high-profile individuals and brands including Diageo (parent company of Smirnoff, Crown Royal, Moet Hennessy, Ciroc), Queen Latifah and HealthyYouNow.com (a health-based website created by Tonya Lewis Lee, wife of filmmaker Spike Lee).

“The tremendous acceleration in the live-stream space makes it the right time to expand our efforts with Roker Media,â€ Al Roker said in announcingÂ the venture earlier this year. To launchÂ the livestreaming network,Â Roker teamed up with JRSportBrief founders JR Jackson and Charlie Stettler. JRSportsBrief has produced over 1,700 episodes and generated more thanÂ 78 million views on YouTube, as well as a weekly podcast on CBS Sports and an active YouNow channel, reports Variety. There’s a real need for brands to tap into social stars and production teams to make livestreams come to life with entertaining content globally, added Roker Media partners.

For the past year, Al Roker’s RokerLabs reportedly has worked with talent including entrepreneur and model Camila Alves for her show on Facebook Live; foodie Skyler Bouchard on Periscope; and social media star EvieWhy (Evie Yannakidis) on YouNow. RokerLabs and JRSportbrief have incubated several shows on YouNow and are usingÂ the platform to build communities around their roster of in-house talent.

Financial Advice for Side-Giggers and Entrepreneurs

#SquadGoals: 5 Types of Mentors Everyone Needs to Succeed