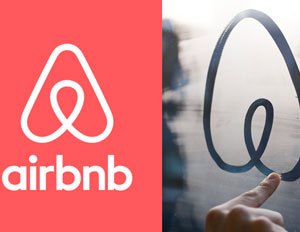 Airbnb's new logo is meant to be inclusive and used anywhere, but many people are saying it's suggestive. (Image credit: Airbnb)

Amid increasing outrage over discriminatory practices by some Airbnb hosts’ refusal to accept guest requests from black people, Airbnb released specifics on its strategy to fight racism on its platform.

Starting Nov. 1, Airbnb users must check off on the Airbnb Community Commitment. This is an agreement to “treat all fellow members of this community, regardless of race, religion, national origin, disability, sex, gender identity, sexual orientation or age, with respect, and without judgment or bias.â€

Open Doors is another new policy providing alternative hosts or accommodations for any Airbnb guest who feels they have been subject to discrimination.

These guests will also receiveÂ booking assistance with their next reservation. This policy goes into effect Oct. 1. ItÂ will apply retroactively to anyone who complained about discriminatory treatment as of Sept. 8.

Less reliance on photos for booking is another area Airbnb is exploring to fight racism on its platform. CEO Brian Chesky said in a blog post that the Instant Booking feature, which lets hosts make bookings immediately, would be expanded.

The new anti-discrimination guidelines stem from Airbnb’s work with experts in the area of legal matters and racism.

In July, the company announced that it had enlisted the help of former Attorney General Eric Holder, to craft a new anti-discrimination policy. The company also turned to Laura Murphy, the former chief of the ACLU’s Washington office, Dr. Robert Livingston of the Harvard Kennedy School of Government, and Dr. Peter Glick of Lawrence University.

“Airbnb has conducted a rigorous, thorough, and inclusive review of its technology and its policies. The review included conversations with employees at every level of the company, Airbnb hosts and victims of discrimination, and outside experts. It also included outreach to civil rights organizations, regulators, and federal and state lawmakers,” wrote Holder in a Huffington Post op-ed.

Tech Innovator of the Week: Sherrell Dorsey, Founder of ‘The Plug’ 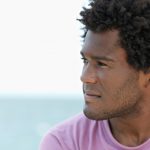 Emotional Intelligence: Managing Your Emotions Are Vital to Success at Work, Home, and Your Community