AfriDate was created in response to a lack of culture-specific matchmaking resources. The app strives to incorporate an assortment of dating traditions native to diaspora communities and promote black love beyond borders. Tailored specifically for persons of African descent, including black expats, immigrants, and travel enthusiasts, the app assists users in finding prospective matches of their ethnic preference, near and far, with ease.

Users simply swipe left if the dater is not their type, or swipe right if the vibe feels right. If the feeling is mutual, users can shoot their shot through AfriDate’s in-app messaging feature. Each dater can personalize their profile with an assortment of different pics, a bio, their hometown, and the ethnicity they most identify with and search for singles by age, gender, location, nationality, or ethnicity. Users have the option of upgrading their profile to unlock AfriDate’s premium features which include a rewind option to revisit previous prospects, unlimited likes and matches, as well as a passport feature that enables you to search for singles in other geographical markets around the world.

AfriDate is the fifth app by Amanda Spann and Christopher Davis. The pair jointly run Happii, a startup studio that partners with aspiring founders to oversee the design, development, and management of new app businesses. Happii is most widely known for their debut app, Alchomy, a drink spotting app for cocktail enthusiasts. The AfriDate app was produced in collaboration with a silent partner, reports Pulse.ng.

AfriDate’s nationality option is inclusive to all African nations, the Caribbean, and an assortment of countries with large diaspora populations including, but not limited to, the United States, Canada, United Kingdom, France, Colombia, and Brazil, with plans for expansion into new countries in the near future.

“Though we share the common experience of being members of the black race, people of African descent are not monolithic. We are the most genetically diverse people in the world and we, too, deserve a dating platform that thoughtfully considers our unique preferences, customs, and interests,” said co-founder Spann to Pulse.ng.

“We hope that AfriDate will be a useful resource in connecting diaspora communities and a conduit for black love around the world.”

The app is now available to singles in the Washington, D.C. and Chicago metros, with wait-lists employed in all other geographical areas to ensure a diverse and dynamic breadth of daters for all interested bachelors and bachelorettes. Users will gradually be selected for entry into the app as demand increases in their respective markets. Download AfriDate on the App Store or Google Play. 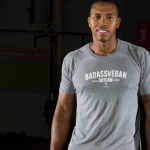 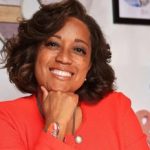 Dr. Dionne Mahaffey is an Atlanta based business-psychologist, author, technologist, entrepreneur, talk show host, professor and coach. She specializes in personal growth, leadership and purposeful-coaching. As a serial volunteer and donor, she chartered the Atlanta Chapter of The Awesome Foundation for the Arts and Sciences as a means of supporting and funding the doers of good in the metro area. She is also the founder of the The WhereU app, a directory for black-owned businesses.