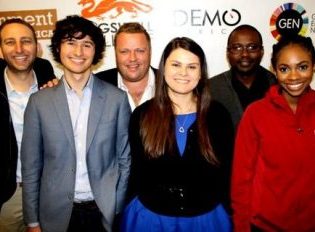 We got the chance to witness each unique founder’s experience from the continent to Silicon Valley for the 2016 edition of the Global Entrepreneurship Summit, as they worked to scale their venture in an eye-catching taleÂ of inspiration and triumph.

The piece was put together well, particularly the post. The sound was done by an amazing group of students from Cogswell College and the subtitles were added by One Plus Two Media, a company that focuses on taking English media and adding a karaoke-style of subtitles. “That format has been shown to double literacy improvement rates,â€ said founder Michael Novak.

Novak became involved with the picture through his partnership with Relativity School a subsidiary of Relativity Media which both he and Stephen Ozoigbo, the CEO of the African Technology Foundation are affiliated with.

While at the reception, we caught up with some entrepreneurs from the current cohort who are now in the same position as the winners showcased in Venture. One standout team, in particular, was Solstice, a Home Energy Solution lead by founders, Ugwem EneyoÂ and Cole Stites-Clayton;Â Eneyo being from Nigeria.

Eneyo, a Stanford Ph.D., and Stites-Clayton a current master’s student, connected on campus and decided to tackle energy sustainability internationally focusing first on Africa. Having gotten some traction, they appeared at the premiere with a $50,000 check in tow that they’d recently received from winning the Berkeley Clean Tech University prize sponsored by the U.S. Department of Energy, to put toward their venture.

“We ran a pilot project with the first iteration of our prototype, came back, made some hardware modifications and expect to roll out the next prototype in March, hoping for a soft launch in April,â€ said Eneyo. They will appear in the Venture film sequel.

In addition to this incredible founding team, Black Enterprise had an opportunity to chat with the CEO of BootUP Ventures, Mukul Agarwal who hosted the event. AgarwalÂ is now currently in partnership with Ozoigbo and the two have recently launched BootUP Africa to help incubate the DEMO Africa’s entrepreneurs.Â

“I always give this analogy. If you want to win Derby, what do you need? You need a great horse, you need the perfect jockey and then you can put the resources around them, practice, and have a chance. Founders are the jockeys, companies are like horses. We are here to provide the resources,â€ said Agarwal. Â

To find a screening near you, visitÂ www.afropreneurthefilm.com 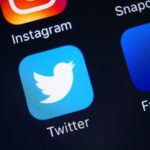 What Black Students Need to Know About Paying for College