Global Innovators to be Honored at African Diaspora Awards 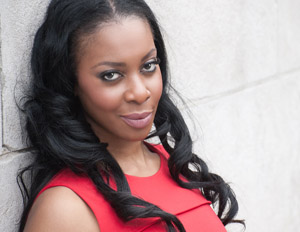 Applause Africa, a media brand for progressive Africans in the diaspora, will host the African Diaspora Awards (ADA) Nov. 30 in New York City. The event will celebrate and honor entrepreneurial, philanthropic and leadership achievements of global leaders at Lincoln Center in New York City.

This year, more than a dozen of Africa’s innovators living abroad will be selected after a three-week voting process conducted by Applause’s board of judges and an independent audit committee comprised of other African leaders. “At Applause Africa, we strongly believe that it is important to celebrate leaders of today in order to inspire leaders of tomorrow,” says Michael Ikotun, co-founder of Applause.

“Our successful and outstanding record of accomplishment is a testament of our quest to highlight the efforts of deserving role models in the African community and serves as the passion behind the African Diaspora Awards,â€ added Applause co-founder Debo Folorunsho.

Nobel Peace Prize winner and activist Leymah Roberta Gbowee will deliver a keynote address on the “The Power of Our Voice,â€ the ADA theme this year. Emmy-nominated media professional Ojinika Obiekwe, along with actor Mohamed Dione III, will join Gbowee as hosts of the show.

For more information on the African Diaspora Awards, visit Applauseafrica.com/ada.

How to Save Money When Starting a Business