African Americans On Wall Street: The Next Generation 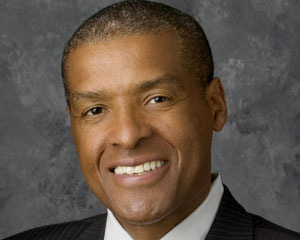 Representation of African-Americans and Hispanics in the investment banking community remains miniscule at about 1-2%.Â This is a very tough business for minorities to break into, notes James Reynolds Jr., CEO of Loop Capital Markets L.L.C., a Chicago-based, international investment banking and brokerage firm (No. 2 in taxable securities with $10 billion in lead issues and No. 3 in tax-exempt securities with $2.59 billion in lead issues on the BE Investment Banks list). Under Reynolds’ leadership, Loop Capital has made a commitment to increasing the participation of minorities in investment banking since the firm’s founding in 1997.

In response to the lack of diversity on Wall Street, each summer Loop Capital hosts an intensive 10-week internship program that exposes high school and college students to a myriad of opportunities within the industry. The program, which employed 27 interns this summer, includes immersion in the daily work of Loop Capital, across ten divisions in the firm’s Chicago and New York offices, as well as research and product development, workshops, field trips and presentations to senior management.Â  The goal is to find and nurture talent, providing a launching pad for students to become investment bankers and sales and trading professionals who can thrive in the industry.

Reynolds says Loop Capital strives to be a leader in training and hiring the next generation of women and minority business leaders in this very lucrative field. “There is tremendous talent and leadership potential there that we can all leverage,â€ he explains.Â “We are bringing these students into a business sector that has not historically welcomed them. We are addressing the lack of diversity from the ground up.â€

For intern Arlevea Freeman, the program has been particularly powerful.Â  “My work this summer strengthened my interest in economic research and introduced me to the world of municipalities,â€ says Freeman, an intern in Loop Capital’s Analytical Services Division who spent much of her time performing meticulous research for the group’s annual pension report.Â  “I was able to see how my work directly contributed to important firm publications, and how our group’s work helps the firm as a whole,â€ she says.Â  “Through different events, I was also able to see the power of minority businesses in the global economy.â€ A sophomore at Wellesley College studying math and economics, Freeman is also a member of Chicago Scholars, an innovative five-year program that Loop Capital has partnered with to help prepare promising low-income students for college and career success.

Over the years, several interns have been hired into permanent positions and continue to contribute to the success of the firm. Take for example Eric Lane, a third year associate with Loop Capital’s Mergers & Acquisitions advisory services group. The program proved to be a strategic career advantage for Lane, 30, who interned in the summer of 2008. “It is about building relationships early on. I was coming out of school during a period when the economy was dwindling. Loop gave me exposure at a time when there weren’t a lot of opportunities out there,â€ says the University of Michigan graduate who holds both an M.B.A. and J.D. degree. But it’s about more than gaining exposure, “for me the internship was training for a potential job opportunity. They gave me a lot of responsibility. I got a lot of experience,â€ he adds.

Lane turned down a job offer at a prestigious law firm, opting to go to work for Loop Capital in September 2009. He has worked with the M&A team on small transitions and major deals such as the $7.9 billion merger between Exelon Corp. and Constellation Energy Group Inc. earlier this year. The combined company created an energy provider giant in the United States.

Loop Capital encourages other businesses to provide mentorship and engagement.Â  As Reynolds sums it up, “these talented young people benefit tremendously from seeing firsthand what it means to work for a growing business, to see positive role models on a daily basis, and to have access to mentors who help them develop. It is a responsibility we cannot ignore.â€

Taking The Leap From Corporate Lawyer To Private Practice