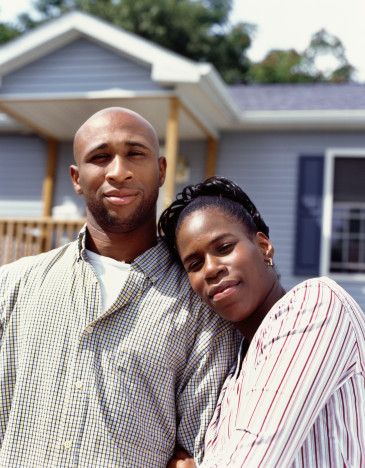 Lured by the idea of an easy transition from renter to homeowner, Natasha Layne purchased her dream home in Brooklyn with a $650,000 mortgage loan with no down payment and an attractive teaser rate. Less than a year later, faced with comprehensive electrical damage, tenant woes, and a wealth of property damage, Layne and her husband tried to refinance—only to find that no lender would touch the loan. What’s more, with the upward correction of adjustable rate loans, one of their dual mortgage payments—of $3,000 and $1,500—increased by more than $600.

Financially strapped, unable to afford their mortgage, and inundated with foreclosure notices, the couple didn’t resort to a short sale, which would’ve allowed them to sell the house at a substantially lower price than it was worth, they turned instead to their mortgage company, SunTrust Mortgage. When SunTrust refused to restructure their loan or offer another viable resolution, Layne joined countless other homeowners on the front lines of the escalating subprime mortgage financial crisis. “I admit we were unaware of many important points about the home buying process. But when we explained our hardship to SunTrust to get some leniency, we got nothing. Now we have no guidance, no reliable counseling, nowhere to turn, and the foreclosure notices are pouring in,” laments Layne.

SunTrust spokesperson Michael McCornick says there are multiple tools available to assist customers who are experiencing difficulties with mortgages. Options include work-out, short-term forbearance agreements; modified loan agreements; a deed in lieu of foreclosure, where the borrower conveys all interest in the property to the bank in order to satisfy the default loan and avoid foreclosure; or a short sale, where the house is sold for less than the original purchase price. “There is no one fix-all. Each option is applicable depending on the customer’s unique circumstance,” he explains.

With the value of U.S. outstanding subprime mortgages teetering at $1.3 trillion as of March, 2007, more than two million Americans are certain to lose their homes in the expanding subprime mortgage financial crisis. The disaster began in 2006 with the deflation of the previously robust housing market and high default rates on adjustable rate loans and similar mortgage loans that were given to high-risk (i.e., subprime) borrowers—those marked by low income, poor credit history, lack of collateral, and spotty financial situations. Subprime loans are characterized by no down payments, unrealistic teaser rates and incentives, adjustable rate mortgages (ARM), and lower monthly payments—features that make homeownership affordable and accessible to those who wouldn’t otherwise qualify for a loan.

Black and Latino communities shoulder the brunt of this crisis. Clear racial patterns have emerged illustrating that both groups have been systematically targeted in steering and redlining schemes. According to Federal Reserve data, 55% of blacks—compared with 17% of whites—received subprime loans to purchase or refinance homes in 2005, even if they qualified for lower-rate loans. Moreover, many observers claim that government policies, such as