Affordable Care Act's 5th Anniversary: Where Are We Now? 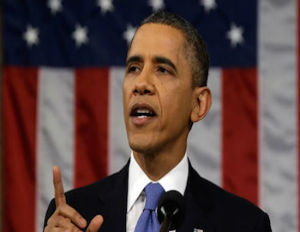 Five years ago today, the Affordable Care Act, sometimes referred to as “Obamacare,” was signed into law by President Obama. In reflecting on the legislation, ACA opponents cite issues including higher premiums and cancelled policies, while the Obama administration and proponents see the efforts as having filled a much vital need: ensuring millions of Americans who previously had few options get affordable care for themselves and their families.

“The Affordable Care Act has been the subject of more scrutiny, more rumor, more attempts to dismantle and undermine it than just about any law in recent history,” Obama said in a statement. “But five years later, it is succeeding— in fact, it’s working better than even many of its supporters expected.”

The Dept. of Health and Human Services reports that since the law was enacted, the U.S. has seen the greatest change in the numbers of the uninsured in 40 years. “Since the passage of the Affordable Care Act almost five years ago,Â aboutÂ 16.4 million uninsured people have gained health coverage – the largest reduction in the uninsured in four decades,” said HHS Secretary Sylvia M. Burwell. “Because of the Affordable Care Act young adults are able to stay on their parents’ plans until age 26, states can expand their Medicaid programs, and tax credits are available to millions of Americans in all 50 states, making health care coverage more affordable and accessible. When it comes to the key metrics of affordability, access, and quality, the evidence shows that the Affordable Care Act is working, and families, businesses and taxpayers are better off as a result.â€

[Related: What Americans Should Know About the Affordable Care Act]

On the day the Affordable Care Act was signed into law, Black Enterprise Founder and Publisher Earl Graves Sr. wrote an op-ed that White House Adviser Valerie Jarrett told a group of African Americans on a conference call at the time “captured the spirit and intent of this historic act.” In it, he wrote:

“To gain passage of his 10-year, $940 billion plan, [President Obama] faced relentless opposition, scurrilous accusations and rancorous debate. Over the past 13 months, he had to contend with everything from heated summer protests from Tea Party members that decried “Obamacareâ€ as a representative form of socialism to jousting with recalcitrant Republicans at chilly summit meetings. As recently as his January 27th State of the Union address, political pundits, naysayers and even members of his own party believed his health care reform bill would be D.O.A. when it arrived for a vote in Congress. Despite the odds, he persevered, taking his message to town halls, continuing to reach across the aisle and inspiring thousands to knock on doors and man phone banks.”

[Related: What Minorities Need to Know About the Affordable Care’s Impact]

The implementation of the plan had an early hiccup with Website glitches, and Vice President Joe Biden’s dropping the F-bomb on live TV in reference to the anniversary left more fodder for opponents, however the landmark legislation has indeed opened door to access, especially for minority communities where gaps in access exist. The law provides many benefits for minority small business owners, including tax breaks and wellness programs. Also, in April 2014, research showed since the law was enacted uninsured rates dropped among African Americans and low-income workers, dipping to its lowest in nearly six years.

Despite these numbers, Republicans have been staunch critics of the legislation since its inception, with many continuing to rebuke its passage and using legislative and legal means in attempts to rescind the law. In fact, as 2016 presidential hopeful Ted Cruz of Texas who maintained in 2013 that “Obamacare is a disaster,” announced his entrance into the race today, he told a Liberty University audience, “Imagine in 2017, a new president signing legislation repealing every word of Obamacare.â€

“Despite the White House spin, Obamacare is clearly not a success. Why is that? A careful review of the facts indicate that the lion’s share of the ‘new’ Obamacare enrollments are in fact Medicaid enrollments. Medicaid has been greatly expanded in 2014 from $265 billion to $305 billion. Looking out 10 years, the Congressional Budget Office offers this rather bleak projection as reported by CBS News: The combined $707 billion that the federal government will spend on Medicaid and Obamacare subsidies in 2024 is roughly equal to the $716 billion the CBO estimates the government will spend on national defense that year. This is not a success.”

Check out social media insights on the efficiency of the act from consumers, political watchers and leadersÂ on the next page …