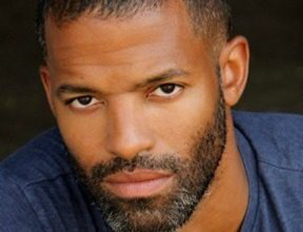 Black Enterprise caught up with PattersonÂ to talk about his career, thoughts on the show’s relevance to today’s society, and what it’s like working with Oprah.

BE: When it comes to launching your acting career, at what point in your life did you say to yourself, “I may be on to something with actingâ€?

Patterson: I was never into drama in high school or college, but when I began working as a model, I noticed that some of the guys I would be at castings with were also in commercials, and then later, I would see people from TV shows or movies. What really peaked my interest was how much fun acting looked for comedy–it seemed so fun and so free spirited. So, I gave it a try, and when I got on set for the first time, I knew it was a good fit for me.

BE: Did you take any professional acting classes?

Patterson: I am currently studying with a coach here in Los Angeles, and have been doing so for the last three years, on and off. It’s good to keep your skills going between jobs.

BE: What is your best advice for someone who wants to pursue an acting career?

Patterson:Â Pursue from the love of the craft, and you will succeed beyond expectation.

BE: What has been the greatest challenge you’ve faced in your career?

Patterson:Â I think my greatest challenge has been playing Noah Kendall on Greenleaf; he is a multi-dimensional guy with a complex past with Grace Greenleaf.

BE: What attracted you to the Greenleaf role?

Patterson:Â What attracted me most to the role of Noah was his loyalty to the Greenleaf family and to himself. That is always a challenge with anyone, and as the story is plays out, you see that conflict.

BE: The series documents theÂ challenges in family dynamics and spotlights sensitive topics –such as suicide and closeted homosexuality–specifically within the African American community. Can we draw a common thread between the series and what’s happening today in our society?

Patterson:Â Yes, I feel like there are many similarities between the story line and what is happening in society today. I feel that when people are not accepting of themselves or others, they sometimes act on that feeling of desperation to diminish the exclusion. It’s never as simple for the individual going through this.

BE: What is your response to the people who say the series depicts black churches in a negative light?

Patterson:Â My response is that the show is about a single family in a megachurch. The show spotlights their relationships and illustrates situations that could actually take place in the political, higher education, or entertainment realm. What the show does not do is jump around from one church to the next depicting negativity.

BE: What do you hope people will take away from this series?

Patterson:Â Ultimately, I would like people to see good storytelling. The best shows on television tell a great story by creating characters that we can identify with.

BE: What have you learned from working with Oprah Winfrey?

Patterson:Â I have learned that when you set a level of professionalism that serves the greatest good for all those involved, people want to work with you and be around you. She is amazing!