Thousands from across the nation representing labor unions, community organizations, healthcare professions, churches, and other groups, came to Capitol Hill Thursday to lobbyÂ  lawmakers on the urgency of passingÂ  healthcare reform legislation this year. They are determined to make sure than any bill includes a public insurance option. High-profile politicians and entertainers like Rep. Charles Rangel (D-N.Y.), Sen. Chuck Schumer (D-N.Y.), Former Democratic National Committee Chair Howard Dean and actress Edie Falco from The Sopranos participated in a massive rally in a park across from the U.S. Capitol. That action was followed by a town hall meeting and targeted state forums.

The events were organized by Health Care for America Now, an organization mounting an aggressive grassroots effort to gain momentum for President Barack Obama’s plan to provide quality healthcare for all.

The town hall meeting, held in the Capitol Visitors Center, addressed the inability for people of color to gain access to preventative care. Panelists also discussed the disproportionately higher incidences of chronic diseases and illnesses among minorities as well as environmental risks they face at work and home.Â A number of attendees provided compelling testimony regarding language barriers, racial and ethnic discrimination, spiraling costs and other such challenges. According to Rep. Nydia Velasquez (D-N,Y.), chair of the House Small Business Committee, 52% of small businesses are unable to give their employees adequate health coverage.

ReShonda Young, who operates an Iowa-based delivery and facilities maintenance firm with her father, discussed the difficult choices minority business owners must make when it comes to offering workers health insurance. In 2006, she explored coverage options but couldn’t afford the 13% increase in the company’s payroll. Since then, profits have increased, and she decided to cover employees. However, premiums will boost payroll costs by at least 12%, she maintains, due to some employees’ pre-existing medical conditions.Â “We’re looking at somewhere close to $100,000 increase in our expenses. We’re going to do it because we feel that it’s important and our people deserve it, but it is a huge financial burden for us,â€ says Young.

A draft bill presented in the House of Representatives last week includes a public option supported by the Obama administration. The provision, however, has sparked heated debate between conservative lawmakers — including fiscally-conservative Blue Dog Democrats — who balk at both the cost and the concept of what they call “government-run healthcareâ€ and Â black, Â Hispanic, Asian Pacific American and progressive caucuses that will vote down any bill that does not include a public option. 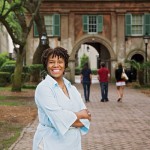