ABFF Searches for Your Talent with HBO, Comcast NBCUniversal, TV One and McDonaldâ€™s

“ABFF’s Talent Discovery Programs introduce dynamic content creators and artists to a broader audience,â€ says Melanie Sharee, ABFF programming director. “These programs are a rich mine for discovering new talent, and offer career springboards outside of the traditional film platform and entertainment industry.â€

Comcast NBCUniversal will partner with ABFF for two talent competitions at the festival this year.Â The Star ProjectÂ searches to find the next fresh face for film and television.Â If you are an actor ready to compete for the opportunity to audition in front of judges who are executives and casting directors from NBC, this is the competition for you. Submission and deadline info:Â http://www.ABFF.com/star-project/.

TheÂ HBOÂ®Â Short Film CompetitionÂ is regarded as one of the country’s most prestigious short film screening series. Each year, five filmmakers (writers and/or directors of African descent) are selected to screen their film at the American Black Film Festival in Miami, Florida, where one winner will be selected to receive theÂ HBOÂ®Â Short Film Award and cash prize of $10,000. Submission and deadline information:Â http://www.ABFF.com/submissions/shorts/.

TheÂ McDonald’s Video CompetitionÂ offers an exciting opportunity for aspiring filmmakers and challenges them to create a 90-second video based on the concept of McDonald’s 365Black mantra, “Deeply Rooted in Your Community.â€Â Three finalists will be selected to attend the ABFF and screen their video before the festival audience, where one winner will be selected. In addition, finalists will attend a private “Mentor Luncheonâ€ with directorÂ Malcolm D. LeeÂ (The Best Man,Â Barbershop, The Best Man Holiday). Â Submission andÂ deadline info:Â http://www.ABFF.com/mcdonalds-video-competition/.

TV One’s 2nd annualÂ Screenplay CompetitionÂ will highlight three new writers who will receive an all- expense paid trip to the ABFF, where each finalist will get to direct a scene from their script. Each script will be performed by professional actors in front of a live audience at TV One’s “Celebrity Scene Stealers” event during the ABFF. Submission and deadline info:Â http://www.ABFF.com/tv-one-screenplay-competition/.

Intel and IBM Set the Diversity Example for Technology, and For Us All 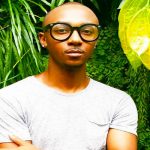