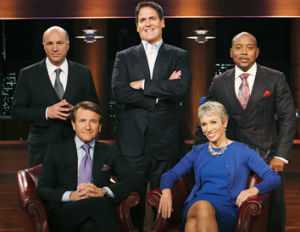 Now in its 7th season, ABC’s Shark Tank has empowered entrepreneurs to strike deals worth over $70 million.

Since the beginning, black entrepreneurs have shined. Mr. Tod’s Pie Factory struck a deal with Barbara Corcoran and Daymond John on episode 1 with a near $1M valuation.

In Season 7, entrepreneurs like Sarah Ribner of Piper Wai, and Ben Young and Gregory Coleman of Nexercise, continue to inspire on Friday nights. Nexercise’s $18.7M valuation is the largest to date on Shark Tank.

Joshua DuBois and Brandon Andrews of Values Partnerships are working to ensure the voices pitching on ABC’s Shark Tank reflect the diversity of audiences watching. With the support of producer Mark Burnett, Values Partnerships — a Washington, D.C., based firm engaging faith-based and diverse communities worldwide — leads a nationwide casting tour focused on bringing more diverse ideas and voices to the show, and supporting entrepreneurship nationwide.

“ABC’s Shark Tank and its producer Mark Burnett are committed to supporting entrepreneurs from every community in the nation. The power of seeing someone who looks like you successfully pitch a business on the show cannot be understated,â€ says DuBois.

In 2015, Values Partnerships held 11 casting events in 6 cities. Several entrepreneurs, including SprÃ«tz Â and Piper Wai pitched at Values Partnerships events and were selected for Season 7 of Shark Tank. The 2016 tour kicks off this week in Miami (March 4).

“Our first goal is always to get more entrepreneurs on the show. Second, is finding ways to empower entrepreneurs across the nation. We provide pitch prep, entrepreneurship resources, and access to capital discussions to ensure every entrepreneur that pitches at our events leaves better than they came,â€ says Andrews.

According to the latest numbers, there are 3.3 million Hispanic firms, 54,749 native Hawaiian or pacific islander firms, 2.6 million black or African American firms, and 1.9 million Asian firms. “We are working to increase these numbers,â€ adds DuBois.

“Despite shows like Shark Tank, the rate of entrepreneurship in America has declined since the 1970s. African Americans start businesses at a higher rate than other communities, and black women are the most prolific group of entrepreneurs in the nation. This brilliance must be supported and these stories must be told,â€ adds Andrews.

To learn about the casting tour and sign up to pitch in your area, visit www.ValuesPartnerships.com/SharkTank/.

Cybersecurity Professional Talks about Opportunities for Black People in This Field 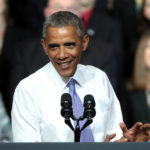 Black Unemployment Rate Nearly Cut in Half Under Obama Administration