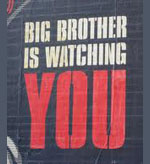 This final post will focus on the role of Big Brother in China. I was warned before I left that I would not have access to Facebook while in China and that Google could only be accessed through google.com/hk.Â  Happily, my cell phone was still working on an international network and gave me my daily Facebook updates, and I was able to circumvent Google by using the hotel networks.

But access to other Internet websites was another story.Â  I was surprised on one occasion when a friend sent a video via Youtube and I couldn’t get access. I tried on another computer in the Internet cafÃ© I was using and figured I would wait until I was back at the hotel.Â  Once I got back to the hotel I learned that YouTube literally does not exist in China.

While I initially was bothered by the lack of access to some areas, I realized after talking to people that other sites within China had been developed in this area.Â  At first I thought it was to fill the void.Â  (My silly American arrogance!)Â  However, as I spoke with more and more people, I realized that China didn’t “needâ€ many of the social networking sites that we have grown to depend on.Â  While it was limiting for many people who were educated or had big networks in the States, it didn’t seem to affect our contacts with large Chinese networks.Â  It was very interesting to realize the extent of Big Brother’s influence when it comes to doing business in China. The country’s role in promoting Chinese homegrown companies to Chinese people is more overt than in the States.

This of course has an impact when you are considering marketing within China. You’ll need to learn the sites and tools they use as they might be completely different from ours.Â  For example, a few social networking sites that are popular in China are http://renren.com, Xiaonei.com and Kaixin001.com.

Another example of Big Brother in China was the government’s influence in planning. My colleague and I Â had the unfortunate luck of planning our trip during the Dragon Boat Festival.Â  Prior to our departure, we noticed that one day during our trip would fall on this holiday.Â  Recognizing its importance, we thought we would be fine in scheduling meetings prior and post that day.Â  However, unbeknownst to us, the government had offered all companies the option of taking a three-day holiday.Â  Companies could work through the weekend and have the three days in the middle of the week off.Â  When we first learned about this through our contacts, we immediately began searching the web for some public announcement. There was nothing.Â  It was all word of mouth — yet everyone was aware of it.Â  While I’m not sure how often this would occur, it just seemed odd to me that the central government would organize its people around a national three-day holiday — within a month and with little public announcement.Â  However, when we spoke with companies in China, everyone seemed very nonchalant about it as if it were a regular occurrence.

I would love to hear from you if you’ve done business in China and have tips that could be helpful for entrepreneurs who want to establish a business presence abroad.

A Black Businesswoman in China: Dealing With the Government (Part 5)

A Black Businesswoman in China: Learning The Language (Part 3)

A Black Businesswoman in China: Traveling as a Foreigner Malla Haridat, the founder and CEO of New Designs for Life, is a nationally recognized expert in the specialized field of entrepreneurship education and has trained over 1,000 students. She has traveled extensively throughout the United States working in partnership with companies developing creative solutions for entrepreneurs and intrapreneurs. A dynamic thinker, strategist, and speaker, Malla now works with a wide variety of organizations applying her creative talents to the challenges of business transformation. Her company was awarded the 2005 New York City Small Business Award of the Year by New York Mayor Michael Bloomberg and has been featured in publications like The New York Times and on Martha Stewart Radio.

How Inventors Should Assess Manufacturers 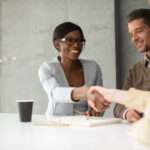 4 Tips on How You Can Become a Consultant