9 Ways To Tactfully Handle Your Boss Stealing Your Idea 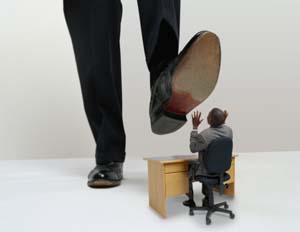 Have you ever had an idea that you thought would be great for your business and you present it to your boss only to have it shot down? OK. Back to the drawing board.

That’s what you think, at least until you found out the boss has now taken your idea and presented it as their own.

Don’t blow your top. Jacquelyn Smith of Forbes suggest smart things you should do to diffuse what could turn into a workplace nightmare:

Don’t assume the worst. “Avoid assuming that the boss did in fact take credit for your work intentionally,â€ Hockett says. Sometimes bosses will speak in such a way that they take ownership, but in fact it’s just part of how they encompass all aspects of their team when sharing feedback with others.

Alexander Kjerulf, anÂ international author and speaker on happiness at work,Â says, “It may be an honest mistake or a misunderstanding or a bad habit—and if so, the only way to fix it is to talk about it. Some bosses can learn if you talk to them.â€

Have a heart to heart. Approach your boss sooner rather than later. “Waiting will make resentment fester,â€ Taylor explains. “Start and end the conversation on a positive note and discuss various projects. After your positive comments about the job, say something like, ‘I wanted to mention something that has been on my mind, if this is a good time…It set me back a bit when you mentioned earlier to Joe that you just secured the Smith account. I worked for three months to bring the account in, and it was discouraging. Maybe you had a particular reason for doing that, but I’d like to discuss it with you…’ Remember, always end on a positive note!â€

10 Things You May Not Have Known About Kris Kross