A year after Donald Trump blindsided the nation with one of the biggest upset victories in political history, a blue wave swept through the country as progressives celebrated several important state and local wins. Democratic candidates triumphed in key gubernatorial races in both Virginia and New Jersey. In Massachusetts, Danica Roem beat an openly homophobic Republican incumbent to become the first trans person to be elected as a state legislator. Meanwhile, voters in Hoboken elected the first Sikh mayor in the history of New Jersey and, for the first time, a lesbian won a mayoral race in Seattle.

That’s just a handful of the progressive officials who will usher in more diverse voices into our political landscape; a number of black leaders were elected as well. Here’s a list of seven historic seats gained by African Americans on Election Day.

After spending decades as a public servant in North Carolina, Vi Lyles became the first African American woman to be elected mayor of Charlotte. In her victory speech, the Democrat thanked voters for their support. “With this opportunity you’ve given me, you’ve proven that we are a city of opportunity and inclusiveness. You’ve proven a woman whose father didn’t graduate from high school can become this city’s first female African American mayor,” she said.

Andrea Jenkins won a seat on the Minneapolis City Council, making her the first African American transgender woman to be elected to public office. Jenkins carried an impressive 73% of Minneapolis’ Eighth Ward and beat out three other candidates vying for the seat. “As an African American trans-identified woman, I know firsthand the feeling of being marginalized, left out, thrown under the bus. Those days are over. We don’t just want a seat at the table, we want to set the table,” she said in her victory speech, according to KMSP.

A Black Woman Is Elected As The First Mayor of Framingham, Massachusetts

Earlier this year, residents of Framingham, Massachusetts, voted to transition from a town to a city. Yesterday, it elected Yvonne Spicer, a Museum of Science education executive and former teacher, as its first mayor.

Melvin Carter, a former city council member in Minnesota, became the first African American to win a mayoral race in St. Paul. Carter currently serves as executive director of the Minnesota Children’s Cabinet, where he advises the governor on early childhood policy and advocates for critical investments in public education.

The First Black Lt. Governor of Virginia in Three Decades

Justin Fairfax, a 38-year-old Democratic state senator, is the second African American to be elected as Virginia’s lieutenant governor. The first victory was scored by L. Douglas Wilder in 1985. Black Enterprise Editor-in-Chief Derek T. Dingle writes that “the significance of that victory is that the position has traditionally served as the path to high office. In fact, Wilder became the first African American elected governor in the Old Dominion and the nation four years later in 1989.”

The First Black and Openly Gay Mayor of Bridgeport, Pennsylvania

At just 28 years old, Mark Barbee will become the first African American and first openly gay mayor of Bridgeport, Pennsylvania. Prior to the election, Barbee served on Bridgeport’s council, where he helped create a business association and instituted a curbside recycling program. 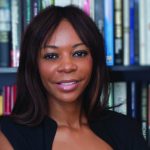