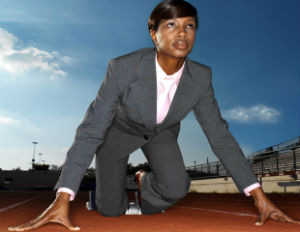 When we think “women of power,” we don’t get industry specific. We imagine these prolific women taking any and all industries by storm—including sports. BlackEnterprise.com celebrates these women who hold positions in executive suites all across this male-dominated industry. These women have broken barriers, raised the bar, and shifted perspective when it comes to who calls the shots in athletics.

[RELATED: Motivation for a Lucrative New Year:Â Register NowÂ at An Early-Bird Rate Until January 1]

Follow Black Enterprise on social media @BlackEnterprise for Women of Power news, highlights, and updates. Use hashtag #BEWPS to stay in the loop. Also, be on the lookout at BlackEnterprise.com as speakers, activities, and sessions are announced.

Roberts is the first woman to hold her union leader position as executive director of the National Basketball Players Association (NBPA) in the four major professional sports leagues in the country. Roberts is also an experienced attorney and is currently an adjunct faculty member at Harvard Law School and a fellow of the American College of Trial Lawyers. She received her B.A. from Wesleyan University and her J.D from Boalt Hall School of Law at the University of California at Berkeley.

12 Inspirational Career Quotes to Live By