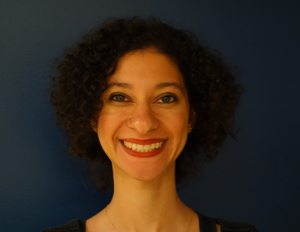 Dr. Chanda Prescod-Weinstein is a 32-year-old theoretical astrophysicist and, according to the Huffington Post, she’s the 63rd black woman in American history to receive a Ph.D. in physics. Prescod-Weinstein hails from the Massachusetts Institute of Technology, one of the most prestigious physics departments in the nation.

Just 83 black women have received a Ph.D. in physics related fields in American History, according to a database maintained by physicists Dr. Jami Valentine and Jessica Tucker, updated last week.

[RELATED: [Study] Women of Color in STEM Discriminated Against in the Workplace]

In February, sheÂ took to Twitter to post a celebratory message regarding her fellow physicists:Â In 2010, I became the 69th black American woman to get a Ph.D. in physics. As of next Wed. there will be 78 of us #BlackWomenAppreciationDay – Chanda (çŽ‹å¬‹å¨Ÿ) (@IBJIYONGI) February 20, 2015

“How did I feel when I posted that?” she said during a recent Huffington Post interview. “You know, whenever I think about these numbers–and I guess this makes me some white supremacist stereotype or whatever–I feel angry. I feel really, really angry. When I started as a physics major, I understood that I would be some kind of barrier-breaker, but I didn’t really understand what that was going to feel like, or how hard it would be and how upsetting it would be, and how difficult it would be to watch other people go through the same process. So I think I felt angry. I felt like people need to hear this, people need to know this.”

The Huffington Post reports that Prescod-Weinstein’s parents were both political activists and she has followed in their footsteps. Most of her public social media posts focus on social justice in the world of science and beyond.

Here, she highlights the professional challenges of investing her time in civil activism:

For my part, as a black woman, I would ask my white (and male) peers to remember that many of us (though not all) experience our differences as a negative in this environment. Where I see it as a black cultural tradition to lend a helping hand, even as I continue to achieve my own dreams, others see my commitment to [the National Society of Black Physicists] as a signal that I am wasting my time, not doing science. Do my friends who play music in their spare time get this same signal? Moreover, many of us who are women or people of color, or both, are often involved in efforts to change the face of science. When we are challenged about that by our peers, not only are they standing in our way, they are also failing to recognize that for many of us, this investment in the community is necessary to our survival, much like someone else might say playing music is for theirs.

To learn more about Dr. Prescod-Weinstein, look for her in an upcoming Huffpost project titled Sophia, which highlights life lessons from fascinating people.

2 Must-Have Tech Gadgets for the Summer

5 Female LEVO Mentors You Should Know