In the News: 50 Cent Tweets His Way to a Possible SEC Investigation - Black Enterprise

Curtis “50 Centâ€ Jackson knows a thing or two about the influence of technology, announcing the release of his Sleek headphones at the 2011 International Consumer Electronics Show, but his latest Sleek-related announcement via Twitter might cost him.

Recently, Jackson took to the social networking site to convince his 3.8 million followers to buy shares in H&H Imports, a Clearwater, Florida company. He tweeted, “HNHI is the stock symbol for TVG [sic] sleek by50 is one of the 15 products this year. If you get in technically I work for you. BIG MONEY.â€ The Queens-bred rapper didn’t stop there, adding: “Ok ok ok my friends just told me stop tweeting about HNHI so we can get all the money. Hahaha check it out it’s the real deal.â€ Lastly, he encouraged his followers to “get in now.â€Â  Those tweets alone increased H&H Imports by 290 percent and brought 50 Cent a reported $8.7 million.

However, the following Monday, Jackson’s tweets bigging up the company were nowhere to be found; in fact, they were replaced with a pair of decoy tweets that read: “I own H&H stock [sic] thoughts on it are my opinion. Talk to financial advisor [sic] about it,â€ and “HNHI is the right investment for me it may or may not be right for u! Do ur [sic] homework!â€

As a major investor and shareholder–owning 30 million shares of the penny stock–will the Securities and Exchange Commission (SEC) investigate the emerging entrepreneur?

The SEC has declined to comment on the situation, with a representative telling Fox411, “We can neither confirm nor deny [an investigation],â€ which is the typical procedure for pending investigations.Â BlackEnterprise.com checked with Ivory Johnson, the director of financial planning at the Scarborough Group Inc., to seeÂ where 50 stands.

On top of that, Jackson is an insider–owning 13% of the company–so his mentioning of undisclosed information could warrant an inspection, suggests the financial planner. If the upcoming products he mentioned in his tweet aren’t available in any publicly disclosed documents, that action can fuel the release-of-inside-information argument.

Some have speculatedÂ the tweets wereÂ an attempt at a “pump and dumpâ€ tactic; nonetheless, no proof has been released stating Jackson has dumped any of his shares after they spiked. Currently, the stock has declined greatly.Â If the CEO of G-Unit escapes SEC investigation and a lawsuit, then the most he will possibly receive is a fine.

Let us know what you think about 50 Cent’s decision to tweet about H&H Imports in the comments section. 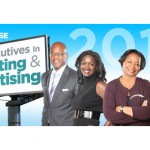 12 Top Innovators of Marketing and Advertising