5 of the Worldâ€™s Most Expensive Cocktails 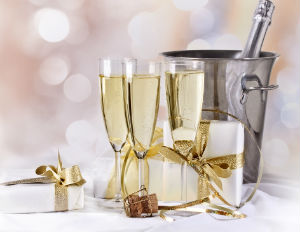 Let’s face it; you haven’t reached true baller status until you’ve spent $1,000 or more on a cocktail. From a martini shaken or stirred over a 1-carat diamond to vintage champagne with an ultra-rare Armagnac, for the cost of a used or new car you could have a taste of the good life.

For most of us it’s hard to imagine breaking the bank for a cocktail, but considering most of these exclusive cocktails were created years ago–there’s clearly some heavy spenders around the world. In fact, during an interview with the Wall Street Journal, a food and beverage executive assistant at the Ritz Carlton Tokyo said a gentleman in his early 30s purchased a drink for a proposal.â€ The fiancÃ©e-to-be received two diamonds that night – one on her engagement ring and one in the martini, he said. “The other was purchased by another gentleman as a 20th anniversary gift to his wife.â€

So, if you’ve got a few thousand dollars to spare or you’re curious about what’s included in a drink that costs $1,000 and up, here are few of the world’s most expensive cocktail’s.

MÃ©nage a Trois $3,000 at Wynn Hotel, Las Vegas, NV
A signature drink from Tryst, a nightclub located at the swanky Wynn Hotel. The drink features a mix of Cristal RosÃ© champagne, Hennessy Ellipse and Grand Marnier Cent Cinquantenaire, it’s then topped with 23-carat gold flakes and liquid gold syrup. To top it off, you’ll sip this drink using a golden straw embellished with diamonds.

Diamond Is Forever Martini, $22,600, Ritz-Carlton, Tokyo
A signature drink featuredÂ at the Ritz-Carlton Tokyo, which includes chilled Grey Goose Vodka with a hint of fresh lime juice, stirred or shaken to perfection, over a crystal clear one-carat diamond.

Ono Champagne Cocktail, $10,000, Encore Wynn, Las Vegas, NV
Attention gentlemen, Vegas may not the place where you offer to buy a lady a drink. But if you think she’s worth the $10,000 splurge, head to the Â XS at Encore Wynn, you can get the rare Ono Cocktail, which includes a decadent mixture of Louis XIII Black Pearl Cognac (~$90,000 per bottle), Charles Heidsieck 1981 Champagne Charlie, apricot puree, sense rose nectar, and fresh-squeezed orange juice.

Liquid god Gigi’s cocktail $14,000, London
A vintage Â champagne and rare gold cognac.Â According to the Daily Mail, it was created especially for singer Grace Jones at the star-studded opening of Gigi’s restaurant as the owners wanted to give her special thanks for attending.

The Daiquiri 1981 The Breadfruit, Phoenix, Â $150
Breadfruit co-owner Dwayne Allen created the Daiquiri 1981 to commemorate National Daiquiri Day–which is held on July 19. Clearly the cheapest drink on our list of exclusive drinks. The key ingredient is English Harbour 1981, a rare rum aged for a minimum of 25 years in old whiskey and bourbon barrels which also includes hand-squeezed key lime juice, demerara syrup and house-made cherry bitters.

Are any of these drinks splurge worthy ? Drop me a comment below.