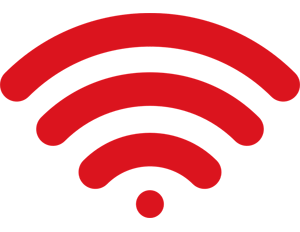 The most annoying problem with Wi-Fi is coverage or lack thereof. How annoying is it to lose a signal when you relocate to the farthest reaches of your home or office?

[Related: How to Keep Your Mac Safe from Malware]

Fortunately, there are ways to combat these so-called Wi-Fi “dead zones.â€ Some ways involve a few minor tweaks to your Wi-Fi router; more persistent dead zone issues may require the use of additional equipment.

-Â Â Â Â Â Â Â Â  Use the 2.4GHz signal for greater range: Â Most routers purchased within the last five years, are dual-band. This means they transmit two signals: One on the 2.4GHz radio band and the other on the 5GHz band. If you want to connect to your router in an area of your home or office that has a weak signal, connect to the 2.4 GHz band rather than 5GHz. The 2.4GHz frequency is not as fast a signal as 5GHz, but it travels a longer distance. Make sure your router has two distinct SSIDs for each band; for example, name the 2.4GHz network, “My Router_24,â€ and the 5GHz network, “My Router_5.â€

-Â Â Â Â Â Â Â Â  Increase the transmit power: Some routers allow adjusting the transmit power. Increasing this setting can help boost the Wi-Fi signal. You will have to access the router’s software (how to do so can be found in the user manual of the device’s manufacturer; check their website). The transmit power is usual found under “Wirelessâ€ or “Routerâ€ settings. Increase it to 100% to see if that helps with the signal.

-Â Â Â Â Â Â Â Â  Use power line networking: Although power line networking has nothing to do with Wi-Fi, it is a good technology to use in places where you just can’t get a Wi-Fi signal but need online access. Power line adapters deliver data through the electric wiring that is already in a home or office. Power line adapter kits are sold in pairs; one adapter connects to the router and a nearby electric socket and the other connects to an electric socket in a room that needs an Internet connection. These adapters have Ethernet ports, so you will need a network cable to connect the first adapter to the router, and a cable to connect a laptop or computer to the second adapter.