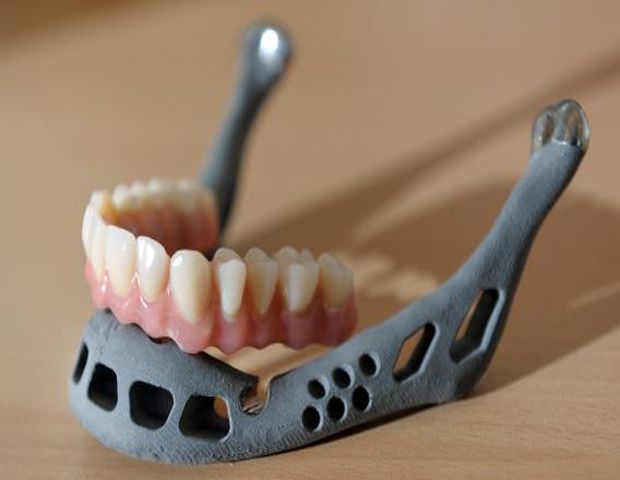 In February, an 83-year-old British woman became the first person to receive a 3D-printed jawbone transplant. Instead of performing reconstructive surgery, doctors at the Biomedical Research Institute at Hasselt University teamed up with metal-parts manufacturer LayerWise to replace the patientâ€™s lower jawbone. Made entirely of titanium powder, the 3-D printed jawbone took less than a day to produce. â€œComputer technology is causing a revolution in the medical industry,â€ professor Jules Poukens of the University of Hasselt said in a statement. â€œA traditional surgery takes up to 20 hoursâ€¦ but this operation lasted four hours and the woman could go home after four days.â€

For most investors, technology investments are one of the most appealing industries to focus on. It has high returns, many growth prospects, and has become sine-qua-non.

However, technology encompasses a wide variety of industries, so we decided to narrow the options and present the top 5 technology investments to consider in 2017.

“Instead, we’re seeing massive demand for blockchain assets from investors globally who have no qualms about sending digital currencies online to teams they’ve never met in person who has yet to produce even an MVP product.”

Between the numerous opportunities, such as “a worldwide potential investor pool to limited accreditation standards to multiple global exchanges providing 24/7 trading with deep order books and clients hungry for new assets,” and the “speed and ease of closing a round has never been so efficient.”

This trend is only continuing to pick up steam.

“The wearables market certainly disappointed some overeager companies during the past two years,” writes Leo Sun in The Motley Fool.

However, things could turn around thanks to following top technology  trends in 2017:
The evolving smartwatch market that includes surging shipments of Garmin’s Fenix Chronos and Samsung’s G2.

The growing sports performance market thanks to Garmin offering “a wide range of dedicated wearables for specific activities, like swimming, golfing, and jogging.”

The commoditization of the low-end fitness tracker market, such as “cheap devices like Xiaomi’s $15 Mi Band.”

Expanding beyond the wrist. Snapchat, which is considered the best tech IPO of 2017, is gaining momentum with Speatable’s, while companies like Google and Under Armor “have all been testing out various types of connected clothing.”

Sun warns that “investors should exercise caution with companies invested too heavily in wearables — the market is still evolving, and its long-term growth still faces plenty of hurdles ahead.”

“As the number of devices connected to the Internet has expanded, so has concern over how to keep that data safe,” says Jen Wieczner in Fortune. “Spending on cyber security equipment, including firewalls, was on pace to grow about 13% in 2016, to $10.6 billion,” however, “that rate is expected to slow to 8% over the next few years.”

While “ups and downs in businesses’ cybersecurity spending can mean volatility for Palo Alto’s earnings and its stock, the company expects to grow revenue 31% next fiscal year, making its 2017 estimated P/E of 49 looks fairly reasonable.”

Another interesting cyber security stock to keep an eye on is Check Point Software Technologies. Over the years Check Point has proven to be “much more shareholder-friendly” than it’s competitors and social media companies, in fact, “the company has bought back stock from shareholders for 13 straight years through 2016.”

“This has mostly been a year to forget for biotech investors. It began with a precipitous January drop, and the recovery has seemingly lagged behind almost every other industry,” says Sean Williams on The Motley Fool. “However, this underperformance could lead growth and value investors to snatch up biotech stocks in 2017.”

“Most biotech companies aren’t making money at the moment, which means value investors will likely gravitate toward the larger, more profitable, and more stable names like Amgen or Celgene.

But the greatest reward (and risk) potential often lies with mostly developmental-stage small-cap biotech stocks. Let’s have a look at three that could double in 2017 if the cards — and the clinical data — fall in their favor.”

Williams has singled out the Geron Corporation, Portola Pharmaceuticals, and CoLucid Pharmaceuticals as three small-cap biotech stocks that could double within the next year.

There’s another reason biotech could boom in 2017 — the election of Donald Trump.

As Zacks Investment Research explains, “Trump’s stance toward the biotech industry has been friendlier than that of Clinton. Trump remained silent on the drug pricing debate, which could mean fewer headwinds for the industry.

Clinton, on the other hand, raised quite a hue and cry last year. Vehemently criticizing the sharp hike in the price of Daraprim, used to treat parasitic infections.”

If the Affordable Care Act is repealed taxes on biotech firms could be reduced from $3 billion to $600 million, which “will significantly boost earnings for biotech companies.”

Trump’s plan to “trim business tax rate to 15% from 35%” could lower the tax burden for these companies. This would boost profits for biotech companies.

“AI and machine learning have reached a critical tipping point and will increasingly augment and extend virtually every technology enabled service, thing or application,” reports Gartner.

“Creating intelligent systems that learn, adapt and potentially act autonomously rather than simply execute predefined instructions is primary battleground for technology vendors through at least 2020.”

Because of this Gartner has listed AI and advanced machine learning as the top trend in it’s Top 10 Strategic Technology Trends for 2017.

These “include technologies such as deep learning, neural networks, and natural-language processing,” as well as companies that “encompass more advanced systems that understand, learn, predict, adapt and potentially operate autonomously.” These robust systems have the ability to “learn and change future behavior, leading to the creation of more intelligent devices and programs.”

The banking industry, for example, could use AI and machine-learning techniques.

Since this industry is vast and varied, it is recommended that you pay attention to tech stocks like Alphabet, Facebook, Microsoft, and Amazon who are using this technology to become dominant players in online advertising and SaaS.

Don’t neglect hardware players like Nvidia. In fact, Nvidia grew “a robust 54% year-over-year to $2 billion, $310 million above Wall Street estimates, and much higher than the growth average the company is accustomed to,” during the last quarter. This article originally appeared on Due.com written by Chalmers Brown, Co-Founder and CTO of Due.com