5 Good Reasons Not to Rest on Your (Career) Laurels 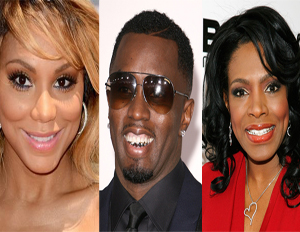 Last night, I watched one of my favorite divas and TV moms, Sheryl Lee Ralph, on TV One’s “Life After.” The show follows the second and third acts of legendary stars, with upcoming shows to feature Clifton Powell (of “Amen”) and Jimmy Walker (of “Good Times.”)

Ralph has not only been a successful, working actress for more than 20 years—and a best-selling author— but she’s also been an advocate for AIDS awareness and an inspirational D.I.V.A. in her own right.

While watching the show, I couldn’t help but think about the phenomenal premise that one can continue to surpass their wildest dreams if they simply keep walking in their purpose and throw fear—and age or career stage—to the wind.

As a young professional who plans her career goals in intervals of five years, I often strategize about where I want to be at 35, 40, 45, 50. I consider so many questions: What will I be doing? What will be my legacy? And what will I do if things don’t go exactly as planned—perfectly and in sync?

If you’re a millennial professional a bit leery of what’s to come—or even slacking on your career planning— take some inspiration from the following five reasons you should keep raise the professional bar and welcome whatever second, third and fourth acts that are in store for you in your career journey.

Don’t quit while you’re ahead: SERENA WILLIAMS has won 17 Grand Slam singles titles and seen numerous other career-making accomplishments before the age of 30. Now, as she approaches 32, she’s the oldest woman to hold the No. 1 ranking, and she doesn’t plan to slow down. “I haven’t thought of a number or an age when I want to stop,â€ she told The New York Times. “I can tell you this: I don’t see myself retiring anytime soon.â€

Do call it a comeback: ARSENIO HALL, after a 19-year break from the spotlight, recently came back to late-night TV. After his original’s show’s debut in 1997, the show took off, and at the time he was at the top of his game—the only African-American late-night, talk show host dominating the market. Eventually the show would lose its momentum after Jay Leno hit the scene on CBS. Hall returned this year and earned decent ratings, topping as the highest in key demographics among his peers after the show’s premier.

Make way for the movie money: OPRAH WINFREY returned to the big screen in “The Butler” which was a box-office hit, bringing in more than $50 million in sales. The media maven hadn’t been in a major movie role since “Beloved,” and was met with rave reviews in her role as Gloria Gaines. She continues to add to her media and film empire despite already being worth billions— having earned $77 million this year alone—and helming her own magazine and TV network to boot.

Revolt against complacency: SEAN ‘DIDDY’ COMBS has began yet another venture, with network Revolt TV. He’s already a music, fashion and film icon, having sparked a major movement with Bad Boy Entertainment and changing the urban style game with Sean John. Now he’s expanding his reach in TV. Hey, you gotta be the change you want to see, right?

“I wanted my MTV and so when I missed it, I didn’t want to complain about it, I wanted to do something about it,” he told the Associated Press. “They inspired me and helped with the blueprint.”

Get your life … with patience and strategic positioning: TAMAR BRAXTON has been part of a major music legacy, singing background for her sister, Toni Braxton, and other music heavyweights for more than a decade before breaking out as a star of her own. Her debut single, “Love and War,” hit audiences, iTunes, and the Billboard charts by storm this year, landing in the top 10 for weeks, and her reality TV show with husbanger Vincent Herbert is one of WEtv’s top-rated shows. Years of do-wop-pop, awesome talent, persistence and strategic positioning have led to this youngest Braxton finally reaching her ultimate dream of solo stardom.

“I didn’t pick out the right time. It was picked for me,â€ she told Sister 2 Sister. “I think everything is in God’s divine order, and I guess this is my path.â€

If the aforementioned doesn’t inspire you to keep pushing, even when you think you’ve reached your career peak, I don’t know what will. If you can set a goal, reach the bar and continue to strive in surpassing it, you’re well on your way to join their ranks.

What are you doing to surpass previous career goals you’ve set for yourself? #Soundoff and follow Janell on Twitter @JPHazelwood.

Small Business Advantage Video Series: ‘You Are The Most Valuable Asset of Your Business’