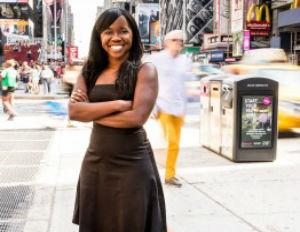 Joi-Marie McKenzie is an entertainment producer for ABC News, covering television, film, and music. She has been an important part of the team that has won national Edward R. Murrow Awards.

McKenzie is also the creator of The Fab Empire, an award-winning website that covers society, politics, celebrities and local events in Baltimore, Boston, New York, and Washington, D.C. McKenzie, with her team of contributors and photographers, has successfully created a brand that speaks to the needs of young urban professionals. Previously, she has freelanced for publications including The Afro American Newspaper, Clutch Magazine, NBC New York and NBC Washington.