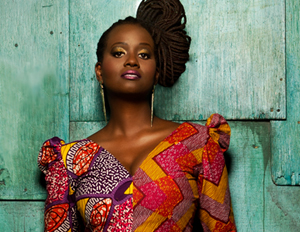 The 4th Annual African Diaspora Awards will honor business, fashion, philanthropy and music leaders of the U.S. and the diaspora Saturday, Nov. 15 in New York City. The nine individuals being honored include Ger Duany for Actor of the Year, Kemi Adetiba for Creative Artist of the Year, Meck Khalfan for Entrepreneur of the Year, Semhar Araia for Community Leadership Award, Somi for Musician of the Year, Bernadette Paolo for Friend of Africa, Olajide Williams, Ph.D., for Advocate of the Year, David Tlale for Designer of the Year, and Oglivy & Mather for Company of the Year.

These individuals will be honored for dedicating themselves towards bettering Africa in the Diaspora and the continent as a whole. The awards show will be featuring several amazing performances and will have many inspirational moments from special guest stars and presenters, such as Saycon Sengbloh, Gbenga Akinnagbe, Aminat Ayinde, Lola Ogunnaike, Les Nubianns, Saran Kaba Jones, Tony Okungbowa, Angelique Kidjo, and Andrew Dosunmu.

Applause Africa is celebrating the traditions and visions of Africans and presents the ADA Awards to uniteworld-class entertainers, entrepreneurs, scholars, politicians, athletes, and many more to become engaged in the extravaganza.

The awards provide a stage for people to admire and to become aware of these individuals and the difference they are making in society. Michael Ikotun, co-founder of Applause Africa said in a statement, “We believe in celebrating leaders of today in order to inspire leaders of tomorrow. Younger Africans must be engaged in investing in the future of their homelands. the ADA Awards will motivate our generation to become the change they wish to see in Africa.”