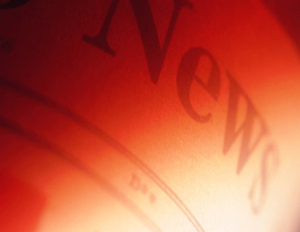 Headlines from around the web (Image: Thinkstock)

Dallas Museum Decides How to Honor the Death of JFK

Dallas officials and The Sixth Floor Museum — a museum that pays tribute to the late president’s life — have announced plans to raise $2.2 million in public and private money to restore Dealey Plaza, and to hold a large 50th anniversary event in 2013.

Although there are naysayers, many locals praise the effort, saying it’s time they shed their collective guilt as “the city that killed Kennedy.”

“For Dallas, this is an opportunity to look back and not ignore it, to move through it and be inspired.”

President Barack Obama issued five pardons Monday on charges ranging from intent to distribute marijuana to running an illegal gambling business. His third set of amnesties brings the total up to 22 pardons.

Obama also issued his first commutation, ordering the release of Eugenia Marie Jennings next month after serving 10 years on a 22-year sentence for cocaine distribution.

None of the cases President Obama pardoned in this last batch have been well known.

Nearly two weeks ago the White House announced 29-year-old Reggie Love would step down from his position as President Obama‘s personal assistant to start graduate study at the University of Pennsylvania’s Wharton School of Business.

Love, who graduated from Duke University, has been working for Obama since 2006 when he was a Chicago senator.

“If he had it his way, I think he’d floss in private,” Love said, noting how little time the president spends away from his closest aides. “I think the fact that he was comfortable with me is probably a product of, you know, he’s beaten down. I’ve been around for so long.”