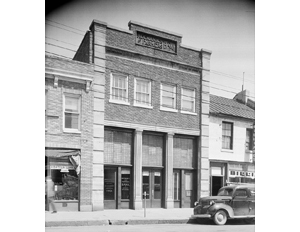 For the next 45 days, Black Enterprise will share 45 milestone events among the nation’s largest black-owned businesses that have had widespread impact on black business and economic development as well as American industry over four decades. This is in tribute to the 45th anniversary of Black Enterprise’s iconic BE100s yearly list of the largest black-owned companies.

Today we begin with No. 45 in the web series “45 Great Moments in Black Business.”

2016: The #BankBlack movement sweeps the country, reinforcing the ongoing relevance and impact of BE100s banks.

“I’m angry, hurt, disgusted, and ashamed to be a part of this country,” rapper Killer Mike boldly declared in an interview on Atlanta’s Hot 107.9 radio station last July, responding to the fatal police shootings of Alton Sterling in Baton Rouge, Louisiana, and Philando Castile in a St. Paul, Minnesota, suburb that grabbed national attention. “It is time to get angry and do something…You can go to your bank tomorrow and say, ‘Until you as a corporation speak on our behalf, I’m taking all my money to Citizens Trust.”

Shortly after that broadcast, Killer Mike tweeted that Atlanta’s largest black bank Citizens Trust (No. 5 on the BE BANKS list with $396 million in assets) gained an additional 8,000 depositors within five days. That call to action had been echoed by singers Usher and Solange Knowles, among other celebrities, as well as countless African American grassroots activists, community leaders, entrepreneurs, professionals and others who have driven the burgeoning #BankBlack movement.

A Call to Action for Banking Black

Other beneficiaries have included Washington, D.C’s Industrial Bank (No. 6 on the BE BANKS list with $383 million in assets), where more than 1,500 new accounts with deposit balances of roughly $2.7 million in that same month was greater than the number it usually produced over a six-month period under the #DivestToInvest movement. Boston’s OneUnited, New Orleans’ Liberty Bank and Trust Co. and a number of other BE100 banks across the nation, in turn, have been revitalized, offering new products and services.

With this viral movement and renewed focus, BE BANKS are also reaching a new generation of millennials while meeting their historic mission.

When BLACK ENTERPRISE introduced our rankings of the nation’s largest black-owned businesses—today known as the BE 100s—it was unveiled in 1973, just nine years after the landmark Civil Rights Act brought the curtain down on legal Jim Crow and in the midst of an era of African American pride and self-determination.

In addition to our core Top 100 list—Berry Gordy’s Motown Industries, home to Marvin Gaye and Stevie Wonder, and John H. Johnson’s Johnson Publishing Co. Inc., producers of Ebony and Jet magazines, led the line-up—we also unveiled the first-ever rankings of black-controlled financial companies. There were 37 banks and 44 savings & loans associations—a total of 81 such financial institutions. BE wrote at the time: “The growth of minority-owned banks has been nothing short of phenomenal. Eighteen of them, or 48.6%, have come into being since 1968.” As such, they proved vital to African American entrepreneurs and homebuyers, who too frequently were unable to meet loan requirements or faced discrimination from majority lending institutions, in obtaining business financing and mortgages, respectively.

Due to increased competition from financial services giants, deregulation, and re-regulation, the ups and downs of the U.S. economy and industrywide crises over four decades, the number of black banks significantly declined. For instance, the Financial Institutions Reform, Recovery and Enforcement Act of 1989 established the Resolution Trust Corp., charged with restructuring the collapsing S&L system and disposal of $100 billion of thrift institution assets, forced the shuttering and consolidation of a multitude of institutions in the early 1990s. By 1996, the BE 100s financial companies list had dwindled to 25 institutions.

The Current State of Black Banks

Today, BE has a ranking of 15 black banks with $4.639 billion in total assets and collectively 1,117 employees. And the #BankBlack movement has heightened their relevance and impact. For one, loan discrimination persists. In a post last year from BE contributor Jared Brown, he cited a study conducted by academicians at Brigham Young University, Rutgers University, and Utah State University that concluded black and Latino business owners were provided far less information about loan terms, offered less application help by loan officers, less frequently handed a business card, and asked more questions about their personal finances.

At the 2017 Black Enterprise Entrepreneurs Summit, Ann Duplessis, senior vice president of Liberty Bank (No. 3 on the BE BANKS List with $622 million in assets) asserted: “We understand the issues that entrepreneurs of color face, and we can work with you to fix that. We also help black businesses get access to capital.” BizNewOrleans.com recently reported that Liberty Bank has formed an alliance with the U.S. Black Chambers Inc. and the Small Business Administration to guarantee loans for black-owned companies.

Teri Williams of OneUnited Bank (No. 2 on the BE BANKS List with $655 million in assets) is among the black banking leadership that seeks to ensure that “the movement evolves into a mindset” with legions of African Americans deciding to become regular customers of black banks without prodding. Urging Entrepreneurs Summit attendees to take its #BankBlack Challenge—opening an account with OneUnited and advocating 20 others to do the same—Williams says the “unapologetically black” institution  addresses the needs of black communities unlike majority banks.

OneUnited, Williams stressed, engages in financial literacy, credit repair, and wealth-building consultation. “It’s the threshold for a community to do business with ourselves,” says Williams. “Once you bank black, you don’t go back.” 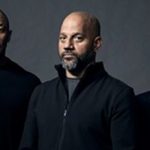 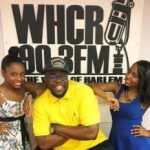 A Journey Into Journalism: 3 Tips For Those Looking to Work in Media