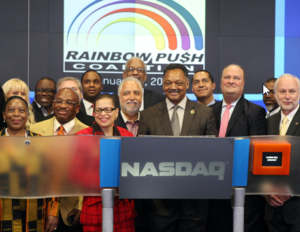 Today we reveal No. 43 in the web series, “Great Moments in Black Business.”

On Jan. 15, 1997—the birthday of Martin Luther King Jr., the slain civil rights leader and keeper of The Dream—Rev. Jesse L. Jackson Sr. and prominent minority business leaders came together to engage in a revolutionary act within the financial community: Launching the Wall Street Project. As a result, investment banks and asset managers owned and led by African Americans, Latinos and women—firms previously ignored by the corporate mainstream—would experience unprecedented access, growth, expansion, and success in the financial sector.

Rev. Jackson hails this access to the levers of capital as the beginning of the fulfillment of the fourth stage of the civil rights movement. The first three stages: the abolition of slavery, the end of Jim Crow, and gaining the right to vote. Moreover, the fifth stage may be emerging through diversification of the technical and leadership ranks of the burgeoning digital economy.

The genesis of the Wall Street Project, or WSP, came about when Jackson came to realize that the ability to make lasting change in America derived from a combination of political power found in the nation’s capital and financial power that drove Wall Street. The WSP would be designed to enable legions of minorities and women to gain full participation in the capital markets. Such activity would stimulate entrepreneurship, corporate mobility, and wealth-building and, in turn, impact institutional diversity, community development, and economic empowerment. A large part of the process is bringing transparency to identification of disparities. Asserts Jackson: “Our nation thrives when cultural blinders are removed and the opportunity to compete is equitable.”

Over the years, the Wall Street Project Economic Summit has served as a venue to assemble BE 100 CEOs, leaders of the world’s largest corporations, and policy makers at the highest levels of government—a list that has included, among others, Federal Reserve Chairman Alan Greenspan and President Bill Clinton. These events brought together  corporate power brokers, economists, entrepreneurs, and laypersons to discuss relevant, pressing issues such as financial inclusion, corporate diversity, and economic parity amid the partisan shifts, technological disruption, and global crises that have marked the past 20 years.

A significant number of firms made and left the roster. As of 2017, The Williams Capital Group, L.P. (No. 3 in taxable securities with $2.971 billion in lead issues and No. 3 in tax-exempt securities with $801 million in lead issues on the BE INVESTMENT BANKS list) represents the only African American investment bank under the same ownership as in January 1997. “During the five years of the WSP, our firm was included in an estimated 53 incremental corporate transactions and earned an incremental $7 million in revenue as a result of Rev. Jackson’s efforts,” says Chairman and CEO Christopher J. Williams. “The WSP has been instrumental in facilitating the development of relationships between minority-owned businesses and many of the nation’s largest corporations, government leaders, and institutional investors.” Rev. Jackson, who effectively used boycotts against major corporations to open doors for minorities a decade earlier, employed a different strategy through WSP to diversify investment banking and asset management arenas: He acquired shares of publicly traded companies to press them as a shareholder to hire minority firms. Ariel Investments CEO and founder John Rogers, a major supporter of the initiative since its inception, asserted that Jackson’s approach gave him access to attend annual meetings, speak with corporate directors and CEOs as a means to “highlight the successful partnership between minority and majority companies.”

Through it all, the impact of Rev. Jackson’s WSP has been palpable. Black financial firms were tapped for the largest transactions on Wall Street and in Silicon Valley. For instance, the BE 100s were involved in the industry-transforming initial public offerings of Goldman Sachs in 1999; Prudential Financial in 2001; Google in 2004; New York Stock Exchange in 2006; Visa in 2008; GM in 2010; Facebook in 2012 and Snap, Inc. in 2017, just to name a few.

When BE developed the WSP Report Card for its 20th anniversary this year, it found that although African Americans on the Street are definitely not where they should be, CEOs agree that the WSP has been critical to their collective advancement through engagement in some of the biggest deals on Wall Street and Silicon Valley, respectively, across two decades.

To get your copy of  BLACK ENTERPRISE featuring our Annual Report on Black Business and BE 100s rankings, access or subscribe to our digital edition at the following link: www.magzter.com/US/Earl-G.-Graves-Publishing-Co.-/Black-Enterprise/Business 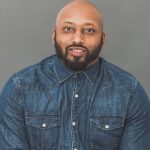