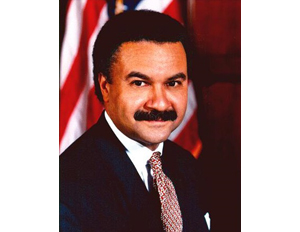 Today we reveal No. 41 in the web series, “Great Moments in Black Business.”

1996: The death of Ronald Brown, the first black commerce secretary, left a void in the global business community. During the Clinton administration, he promoted international trade and new technology development, ensuring that the BE 100s and other minorities gained unfettered access to government.

Ronald Harmon Brown was a visionary leader who made things happen. Throughout his life, he had racked up a number of groundbreaking achievements. The Middlebury College and St. Johns Law School graduate became the first African American partner at high-powered Washington firm Patton Boggs & Blow, masterfully navigating circles of political and business influence; first black chairman of the Democratic National Committee responsible, in large part, for the election of President William Jefferson Clinton; and first black Secretary of Commerce who redefined and expanded the thrust of the department and its agencies.

On that fateful day—April 3, 1996—Brown, along with 34 other passengers, died when his plane crashed into a Croatian mountainside while conducting an official trade mission on behalf of President Clinton.

When the world heard of Brown’s untimely death, our editors were producing the June 1996 issue. As stated in that issue’s Publisher’s Page, BLACK ENTERPRISE‘s Earl G. Graves Sr. wrote: “It is only fitting that we pay tribute to Brown in the same issue that features the BE 100s. Brown was a vocal and active champion of minority-owned enterprise; even as his opponents and peers scoffed, Brown held fast to the tenet that American business cannot thrive if its minority-businesses cannot thrive. In his role, Brown helped black businesses gain unprecedented access to emerging global markets.”

“Best Secretary of Commerce in the History of This Country”

To offer insight into Brown’s impact, we share edited excerpts from our 1996 tribute, written by former BE contributing writer and Washington Correspondent Joyce Jones:

Ushering in an era of “commercial diplomacy,” Brown promoted international trade, new technology, and greater advocacy of minority business development. “Ron Brown was the best secretary of Commerce in the history of this country. He did an excellent job of promoting commerce in the African American community,” asserted Thomas Burrell, then-CEO of Burrell Communications, one of the nation’s largest black-owned advertising firms. “He was just an excellent person in terms of expanding the horizons of business for black people. I cannot think of a single segment of the world community that he touched that will not feel a void from his loss. He had a rare talent for being adaptable and flexible and being able to deal with many different groups with great ease and comfort. It was a rare gift, and we may not see that again, anytime soon.”

Brown’s true legacy was helping minority entrepreneurs who saw his appointment as an opportunity for voices to be heard. The Minority Business Development Agency, which was designed to address their concerns, had been left to wither on the vine by the previous administrations. “Brown’s belief was that yes, it was useful and necessary to involve them in other agencies at Commerce,” said James Hackney, who at that time was an attorney with the Washington, D.C. law firm of Cooper, Liebowitz, Royster and Wright and a former counselor to the commerce secretary. “He used the MBDA as a focal point, working with all the other agencies at the department to ensure that they also included minority businesses in their programs.”

A Strategic Negotiator for Diversity

The commerce secretary demonstrated that America’s diversity is its strength. Many white CEOs were unaccustomed to dealing with large numbers of minorities in professional settings. Often bowled over by Brown’s well-integrated team, they began to realize how deficient they’d been in promoting minorities in their own companies. The CEOs also got to know minority entrepreneurs and to observe and experience their competence firsthand.

“If Brown were to suggest to one of the Fortune 500 or 1000 that he thought a minority-owned company could compete for some of the goods and services it wanted to procure, that majority-owned company was likely to give the minority entrepreneur the benefit of the doubt,” said Malcolm Pryor, chairman of Pryor, McClendon, Counts & Co., a leading BE 100s investment banker during that era. “He did it in a way that wouldn’t compromise anyone, much less himself. And he didn’t do it because you asked, but because he felt you were ready to step in that world.”

Commerce had a lot of program activity that reached out and contributed to the growth of minority business, asserts Ernest Green, a former Assistant Labor Secretary during the Carter administration and a managing director at investment firm Lehman Brothers. Chief among them were the many trade missions he led to five continents, promoting the competitiveness of American goods and services, while drumming up business for the executives who accompanied him. According to the department figures, these missions reaped more than $80 billion in foreign deals for U.S. businesses. Most importantly, minorities were included on every trip, which gave them increased visibility, both domestically and internationally.

His Mission in South Africa, Post-Apartheid

Brown, for example, conducted a trade mission to South Africa in 1993 with American CEOs. Years of apartheid had left the country off limit. With that ban lifted, Brown embarked on a pioneer-like journey with corporate executives from around the globe.

Ernest Joshua Sr., CEO of J.M. Products Inc., an Arkansas-based manufacturer of black haircare products, had already begun doing business in South Africa and was one of several African American entrepreneurs on that particular trip. He remembers preparing his fellow travelers for the antiquated banking system. “It was the only system I’d ever seen where you had to pay to put out money [other than normal fees] in the bank,” Joshua recalled. Brown, as always, listened carefully and took notes as Joshua explained all this, sometimes nodding affirmatively.

Once in Johannesburg, even Joshua was surprised by how easily and quickly doors once sealed tight opened to welcome them. The biggest surprise though, was seeing the secretary “work his Ron Brown Magic” said Green. That magic was a combination of charm and intelligence, preparation and persistence—and it rarely failed to open doors, regardless of the circumstances.

The Untimely Loss of a “Dynamic Brother” and Role Model

Hackney believes Brown’s major contribution to minority business was that “he set the table for the future generations to become a larger player in the American business world.” The trade missions and deals may be what everyone thinks of first because it was the most visible part of what Ron Brown did. “But I think in many respects, some part of white America now have a different perception of black American business people,” added Hackney.

Asserted BET Founder Robert L. Johnson, a close personal friend: “The American people have lost one of the best and brightest political leaders in public life. Black America has lost a dynamic brother and inspirational role model. Ron was the nation’s best advocate for black entrepreneurship and indeed an advocate for the role that global economics could play in making the world a better place for everyone to live and for democracy to flourish.” 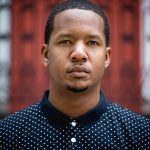