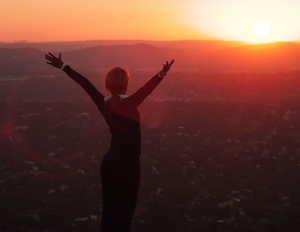 It’s often said that only workers who are unhappy leave their jobs, throw fear to the wind and hustle for their own, making their own rules and taking control of their lives. But that’s not always the case. Sometimes it’s simply a better idea for career advancement and fulfillment. Brazen Careerist offers four smart reasons you should give your 9-to-5 the axe and start making self-employment a reality:

Freelancers have a higher opportunity cost. This should be a no-brainer. For the most part, no corporate ladders remain. The gold watch era has ended. Abundant opportunities to ascend the corporate hierarchy no longer exist. Salaries are stagnant and have been for quite some time, even though worker productivity has jumped 23 percent since 2000. During the same time period, hourly pay has remained mostly flat.

What does that mean to the average worker? It means corporate America is happy to have more productive workers, but the concept of working hard and obtaining steady raises during your career is unlikely.

Yes, people all over the world get raises and promotions daily. But most workers don’t have the ability to increasingly earn more. They’re stuck.

Consider the alternative to your 9-to-5. You can set your own (reasonable) rates as a freelancer. Instead of collecting the same biweekly paycheck, month after month and year after year, you can collect payments throughout the week from multiple clients. As an entrepreneur, you determine your own worth.

Plus, by producing good work over time for longstanding clients, it’s reasonable to negotiate a better rate from project to project. It’s almost as if you’re being financially rewarded for your past efforts, which brings us to the next point…

Not a Joke! Comedian Sinbad Files For Bankruptcy