4 Reasons The Newsweek Goes Digital Model is a Business Win 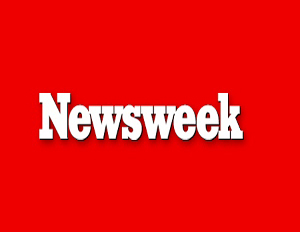 After close to 80 years of history as a print publication, Newsweek is going all-digital. The iconic weekly current affairs magazine will publish its final print edition on December 31, according to Tina Brown, editor-in-chief of The Newsweek Daily Beast Company.

Brown’s decision, which doesn’t come as a complete surprise given owner Barry Diller‘s announcement that the glossy was unsure of its future as a weekly publication in July, was brought on by the current print advertising climate and how Americans consume online news. While many print journalists and true magazine enthusiasts are grieving over Newsweek‘s decision, it’s an undeniably smart business move. With Newsweek set to be all-digital everything early next year, let’s take a closer look at what the magazine stands to gain from their recent business shift:

In Brown’s announcement, she noted the challenges print advertising posed for the journalism business as a whole. “This decision is not about the quality of the brand or the journalism — that is as powerful as ever,” Brown said. “It is about the challenging economics of print publishing and distribution.” Sadly, even ad revenue at highly-respected magazines continues to decline. Â While there’s no way to track how many eyes have viewed a full-page advertisement in print, media outlets are able to check on this data instantly by viewing an ads click through rate and impressions. This in conjunction with a site’s traffic can be monetized, resulting in an overall revenue increase (if the data is favorable).

With online advertising at the forefront, New York Magazine saw their revenue increase by 6% for the first half of 2012 compared to a year earlier. That followed an 11% uptick for the full year of 2011.

Industry forecasts show online advertising is where companies are turning. According to media service company ZenithOptimedia, Internet advertising will account for 53% of the growth in total expenditure between 2011 and 2014.