4 Emotions You Must Keep In Check To Protect Your Finances 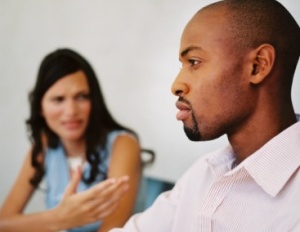 When we know that a habit or choice is not good for us, but we do it anyway, the issue is usually not a matter of intelligence or education, but mindset and emotion. This can be especially true when it comes to our money choices. For that reason, improving your finances is never just about boosting your financial literacy. It is also about your emotional intelligence: your ability to recognize and deal with the emotions that can drive, often subconsciously, your money decisions.

Here are key emotions that you should constantly check for when it comes to your money choices, and especially your spending:

Fear and anxiety. Certain money habits, including compulsive spending or overly conservative investing, are driven by fear. These can result in poor credit, excessive debt or inadequate savings, especially for retirement. Spending or hoarding money is not a healthy way to deal with fear, and in fact, the resulting damage to your financial health will likely feed your anxiety. Instead of using money as a coping tool, it is critical to get to the root cause of your fears and address them directly. One option could be seeking out the services of a certified financial therapist.

Guilt. This emotion drives many poor money decisions, especially overspending. A common example is the single parent who abuses credit in order to shower her children with the latest clothes and toys, because they feel guilty about the absence of the other parent, or about spending too much time away at work. The problem is that this spending is only a temporary solution at best, and rarely addresses the root source of the guilt. In fact, it can do just the opposite, in this case, causing the parent to work even longer hours to fix their finances, creating even more guilt when that results in giving even less attention to the kids. However, the solution is investing more quality time, not spending more money to buy more stuff. Financial decisions driven by guilt are nearly always unhealthy.

Anger. Resentment, anger and bitterness are different facets of negative emotion that drives many poor money decisions, including acts of financial infidelity and/or violence. A common example is maxing out a spouse’s credit card as an act of retaliation for an argument or other transgression. Any financial habit or decision designed to harm or punish another person is likely driven by anger, especially if it becomes a habitual coping mechanism. Using money this way too often leads to a vicious cycle of conflict, resentment and even more destructive financial choices. This unhealthy pattern is a key contributor to arguments, domestic abuse and divorce, in addition to wrecked finances. Money decisions driven by rage are nearly always unhealthy; the only way to avoid them is to address the root source of the anger, including seeking counseling if necessary.

Sadness and depression. If you use habitual overspending, whether on yourself of on others, as a coping mechanism for persistent sadness–what many people unfortunately refer to as “retail therapyâ€–you may be allowing the emotion of sadness to drive your financial choices. (If you insist on believing that you shop compulsively out of boredom, not sadness, you are likely operating in denial of your real issues.) The problem with using money this way is that the thrill of buying those red-bottom shoes or getting that great deal on the latest mobile device is temporary, requiring more spending to regain the high. Deep depression can also result in the kind of compulsive spending that leads to hoarding. Meanwhile, the resulting financial pressures create the unhealthy emotional environment that leads to more depression, and more spending. Sooner or later, without some sort of intervention, something has to give: your finances, your emotional health–or both. Instead of using spending money to self-medicate, it is critical to get to the root cause of your depression, including seeking therapy.