In the News: At Least 35 Killed in Moscow Airport Explosion - Black Enterprise It was a bloody scene at Moscow’s Domodedovo airport today. Russia’s largest air travel hub became the scene of destruction and death when a bomb exploded late this afternoon, expelling bolts, nails and shrapnel throughout the terminal.

The suspected terrorist attack killed 35 and injured approximately 135, according to officials. Preliminary reports are labeling the attack a suicide bombing and linking it to Islamist militants from Russia’s North Caucasus region.

Russian president Dmitry Medvedev delayed his departure for the World Economic Forum in Davos, Switzerland after hearing of the attack and took to Twitter to express his sentiment toward the attack and his country’s response. “Security will be strengthened at large transport hubs,â€ wrote Medvedev. “We mourn the victims of the terrorist attack at Domodedovo airport.Â  The organizers will be tracked down and punished.â€

President Obama called the attack “an outrageous act of terrorism against the Russian people.â€

As the 2012 presidential election nears, terrorists have vowed to increase strikes. Russia is no stranger to terrorist attacks. Last year, two female suicide bombers detonated explosives in the metro, killing 40 people.Â  Another major attack happened in 2004, when 90 people were killed as two female bombers illegally obtained tickets, boarding a flight and then detonating explosives in flight.

Let Your Voice Be Heard at Women of Power 2011 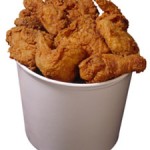