3 Skills Schools Should Be Teaching the Next Generation of Entrepreneurs 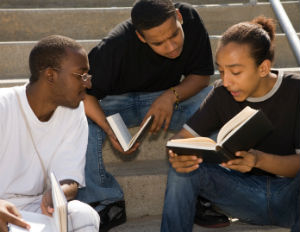 In order to help a younger generation of entrepreneurs succeed, there are a few key skills we should start teaching in school.

I don’t have kids yet, but I think about them.Â And I’m already thinking about the skills they are going to need 25 years from now – in the event that they are anything like me, an entrepreneur. But how in the world can I help them stay ahead when I don’tÂ even know what business is going to be like next week?

The iPhone is only seven-years-old. To date, there have been over a million apps developed for the iOS app store, which only launched in the summer of 2008.Â And with millions of people around the world – especially the BRICs: Brazil, Russia, India and China – coming out of poverty and into the middle class, our future American generations face more competition than ever.

So, what do we need to teach them? I believe there are three critical languages future entrepreneurs must learn. Namely:

Even though we are not even pregnant yet, my wife and I have already begun looking for schools that offer this kind of education. Right now, the schools are typically private and cost a fortune, but hopefully this will change in the future. The good news? I know my child doesn’t need to be a genius, he or she just has to learn these skills to speak the language of entrepreneurship.

Mason Revelette is the CEO ofÂ Jonathan’s Grille,Â a locally owned, upscale sports grille in Nashville with five locations. They were named one of CNN’s Top 101 Sports Bars in America. He is currently the founder of a new startup called Vet On Demand, a video conferencing platform to connect veterinarians and pet owners.

5 Tips for Running a Small Business From Anywhere