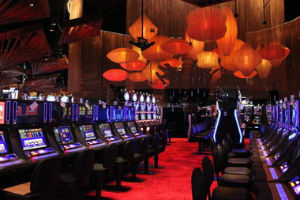 Nothing says ‘spring’ like baseball, March Madness, trees in bloom packing up for a weekend trip someplace you’ve never been. But since the economy is still on the rebound, and you’re still on your way to getting your six-month-of-emergency-savings game up, here are a few destinations in the good ol’ U.S.A. whose destinations,Â accommodationsÂ and amenities won’t break your bank — or your budget.

Atlantic City, N.J. –After Hurricane Sandy, there is lots of discount travel to explore since properties are desperately trying to make up for losses. Rihanna is performing at Revel (the site of a few epic Kanye West performances) in April, possibly. You won’t be able to visit 40/40 but there are still plenty of casinos, nightclubs and bars that make Atlantic City’s nightlife among the most exciting in the region.

Biloxi, Mississippi — Casinos. Beaches. Seafood. You get it all for less during the spring in Biloxi.

Biloxi is also home to the retirement home of Jefferson Davis, who was once the Confederate president. The folks in Biloxi say it’s a must for Civil War buffs, but we understand if you’re a little apprehensive about visiting a plantation, for any reason at all. It’s a great alternative for travelers not quite into the hustle and bustle of nearby Houston, or the never-ending party that is New Orleans. Like the Crescent City, Biloxi is still in recovery since Hurricane Katrina. You’d be doing one of the great American cities some good by spending your hard-earned dollars in a place that badly needs it.

Austin, Texas — As South By Southwest comes to a close, this charming capital city was on full display for the last two weeks. Even if you’ve been following our coverage of the 10-day monsterculturetechfoodfest here on BlackEnterprise.com, you’ve seen how much the city has to offer. It’s also a huge, huge college town, home to the University of Texas … at Austin. So come May, the students will be gone and you can explore this city for less. Duh.

Got any other travel destinations to share? Do so in the comments!

Spring Fever: The Best and Worst Cities for Jobs