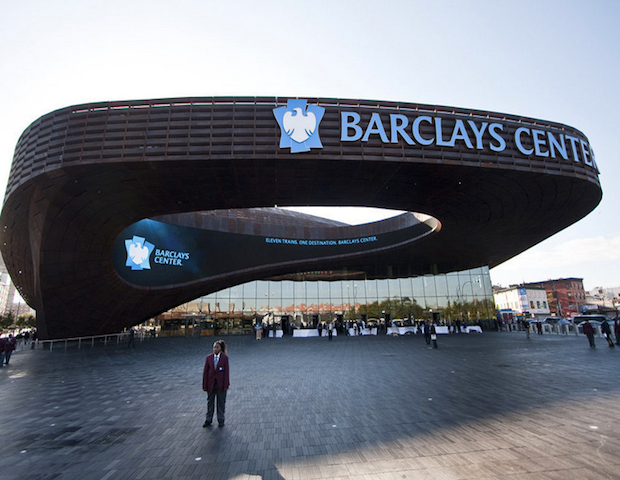 Barclay's Center in Brooklyn, N.Y. is being proposed as the site for the 2016 Democratic National Convention. (Image: File)

New York City Mayor, Bill De Blasio, wants Brooklyn to host the Democratic National Convention in 2016 and has added the New York city borough to the list of places vying for the honor.

According to the New York Times, “In a formal bid, the De Blasio administration proposed Barclays Center, the rust-glazed sports and entertainment arena in Brooklyn’s bustling downtown, as the anchor venue for the quadrennial gathering, with accommodations and other events to be spread across the city’s other four boroughs.”

De Blasio, a Brooklyn native, lives less than ten minutes away from the Barclays Center.

It’s impossible to miss the symbolic political overturns if Brooklyn wins the bid.

As the New York Times puts it, “Hillary Rodham Clinton, widely viewed as a top Democratic contender in 2016, has made New York her adopted state, serving as its senator and, more recently, opening an office inside the Time & Life Building, a landmark Modernist high-rise tower in Midtown Manhattan”.

“Our enthusiasm for hosting the DNC is matched only by our capacity to execute large, world class events such as the Super Bowl XLVIII,” De Blasio wrote in a letter to the Democratic National Committe. “We are proud to be the safest big city in the country and the home of the nation’s most extensive public transit system and largest bicycle-share program.”

Merging Finances with Your Spouse