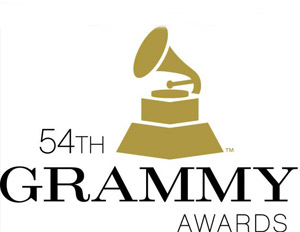 The heavy-hitting categories of the night include Album of the Year, Song of the Year and Best New Artist. What chance does Kennedy foresee for some of Black music’s top artists in those brackets? “What’s a nice way of saying zero chance of winning?â€ Kennedy asks regarding Rihanna’s nomination in the Album of the Year category. “…The odds are against Loud, which was largely seen as a singles album, though a successful one. This is Adele’s to win..,â€ Kennedy says, but also notes that rock band the Foo Fighters and pop crooner Bruno Mars may have a chance of defeating the UK diva.

Kanye West’s My Beautiful Dark Twisted Fantasy was overlooked for Album of the Year, so Kennedy thinks fans within The Academy might vote for him in the Song of the Year category for the previously mentioned “All the Lights.â€ “The competition is fierce, and a few of the songs [in this category] are also competing for Record of the Year, which could ultimately go to Adele,â€ he says. “Question is, will voters consider the songwriting of a rap song compared to the singer-songwriter tracks that fill out the field?â€

Then there’s Best New Artist, an award that has been won by stars such as John Legend, Alicia Keys and Lauryn Hill. 2012’s nominees include rappers J. Cole and Nicki Minaj, the latter of whom Kennedy expects to take the trophy. “Historically, Best New Artist has been just that, the best new artist to come on the scene that past year. The Grammys love an artist that can deliver on that promise (look at Adele for instance, who won in 2009). At this point people don’t consider Nicki a new artist because of her profile, but she really should be the favorite to win,â€ he says.

Watch artists on the red carpet discussing the impact of a grammy win.

Video produced by Frank Williams of Prophet From It Entertainment

Opinion: Did Black America Turn Its Back on Roland Martin?