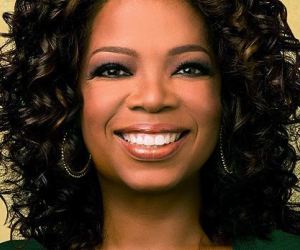 The talk show pioneer and multimedia tycoon is the queen of boss moves, with a net worth of more than $2 billion to date. From humble beginnings as a poor Mississippi youth to taking local TV by storm and setting TV records with “The Oprah Winfrey Show,” the actress and producer hasn’t stopped expanding her empire, having signed with a new talent agency, WME, inked a deal with Tyler Perry to create scripted series for OWN (a joint venture with Discovery Communications), and landed a TV movie deal with HBO.

Her impact on American and international culture is undeniable, and she continues to keep the momentum going, adding entertainers, political luminaries, everyday heroes, and even headline-making pop figures to her list of couch companions, recently interviewing scorned cyclist Lance Armstrong to a reported viewership of 28 million people across the globe.

She made a landmark move by establishing the OWN network with Discovery Communications in 2011. The network faced major criticism after initial ratings proved a flop, but this month the network anticipates the channel turning a profit for the first time in the second half of 2013.