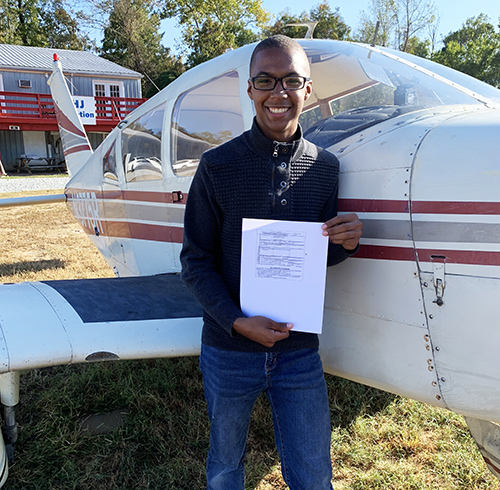 At the age of 17, William Moore, Jr. is a licensed private pilot. Even though he hasn’t graduated from high school yet, he is already ready to pursue his instrument rating.

Over the past three years, he attended the Organization of Black Aerospace Professionals (OBAP) Aerospace Career Education (ACE) Academy located in Northern Virginia (NOVA). This Academy provides middle and high school youth with exposure to opportunities in aerospace and aviation through week-long summer camps. The program is endorsed by the Federal Aviation Administration (FAA), OBAP has served a leading role in establishing ACE Academies nationwide to introduce, educate and guide diverse students towards careers in aviation.

Earlier this year, he interviewed for a scholarship through the East Coast Chapter, Tuskegee Airmen, Inc. (ECCTAI) Youth in Aviation Program (YIAP). He was accepted to attend ground school and completed in the top 5% of his class.

The ECCTAI YIAP covered many of his hours towards dual flight instruction and over the summer he flew at Potomac Airfield through HJ Aviation, LLC. He was honored to learn that his flight school was named after Herbert H. Jones Jr., an original Tuskegee Airman. He had the privilege of meeting Mr. Jones and he encouraged him to remain focused and stay on the path to aviation.

He started his first flight lesson on April 28, 2019, completed his first solo on June 28, 2019 and received his private pilot’s license (PPL) on October 15, 2019 (his birthday). He was selected and awarded a scholarship from Delta Air Lines to attend the National Flight Academy for a 2019 Summer Deployment 19-06. He learned so much and looks forward to attending again.

“We are so proud of our son. He set goals, was determined to pass his FAA exam the first time and also spoke into existence that he would achieve his PPL on his birthday,” said his mother, Kamesha Moore and father William Moore, Sr.

He plans to give back by sharing his experience with his peers in hopes of inspiring them that their dream of becoming a PPL can be achieved through hard work. For example, he is the first to complete the program and was invited and will participate with the incoming class of students.

On October 24, 2019, FAA Administrator Steve Dickson introduced audiences at the National Business Aviation Association to William Moore Jr. He said, “Last week William celebrated his 17th birthday by passing the oral portion of the exam for his private pilot’s license and by taking a flight with his instructor. We need more like Moore.”

His future goal is to become a commercial airline pilot and/or a cargo pilot. In addition, he is also interested in serving his country as a military C-5/C-17/C-130 pilot

Moore will join a small group of African American male pilots. According to the Bureau of Labor Statistics, figures from last year show less than 3% of US commercial pilots are African American. 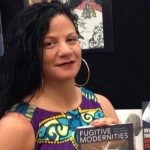 ‘Afro-Latina’ Activist Reveals She Is Really A White Jewish Woman, ‘A Culture Leech’ Who Pretended To Be Black 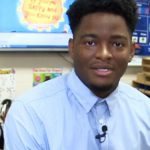