12 Films That Can Help Race Relations in America 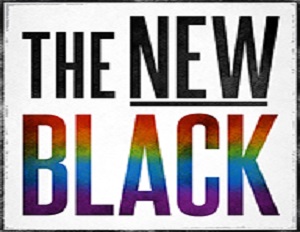 The arts are a part of the social justice reform by creating awareness and setting the stage for open dialogue about social issues and human conditions. With this in mind, the head of the nation’s primary presenter of stories on the black experience on public television is pushing for renewed dialogue on race in America in the wake of recent attacks. “It’s been 21 days since the terrorist attack in Charleston, South Carolina,â€ Leslie Fields-Cruz, executive director of the National Black Programing Consortium, said in a released statement.

“You’ve watched the news clips, listened to the experts. You’ve checked your social media sites regularly, liking, sharing and commenting. You’ve signed online petitions, attended marches and joined prayer circles. You explain to your child–yet again–what systemic racism is about and why someone would shoot innocent people in a church, why a government would disenfranchise 250,000 black Dominicans of Haitian descent, why a police officer would deliberately throw an African-American teenage girl to the ground at a pool party, why another unarmed black man has been shot by the police, and why news agencies avoid reporting on the series of black church burnings, even when there’s a historic precedence that relates such burnings to acts of hate and racism,â€ she continued. “As the words pour out of your mouth, you recognize this as an age-old conversation had between a black parent and their child–a talk that is at least 400 years old.â€

Fields-Cruz went on to say that systemic racism is not likely to end in our lifetimes, our child’s lifetime or even our grandchild’s lifetime. “But it’s when the media trucks have rolled out of town and the social media users are back to commenting about the Kardashians, that we must draw upon the resilience of the ancestors, gather our reserves, renew our partnerships, stand together with our allies and move forward.â€ She further noted that the point is “not to continue the dialogue, but to advance it.â€

NBPC has engaged in a dialogue about race and discrimination for more than 35 years. It has done so by funding documentary programs that enlighten Americans about the black experience–on public television and beyond. To advance the dialogue, the group has released a list of titles of programs that share the experiences of people of color. According to NBPC, the list helps give context to discussions surrounding race in America and the desire is that Americans of all stripes use these stories to hold viewing parties, screen the film for young people and the like to broaden people’s understanding of what it means to be an American and to deepen the dialogue around race beyond the black-white dichotomy.

“If we are sincere in our efforts to change how we address race and discrimination in our country, it will take the efforts of all Americans, black, white, brown, red, yellow, gay, straight, trans, Christian, Jewish, Muslim and atheist.â€

Below is a short list of titles that explore how many Americans have confronted race and discrimination–from the Freedom Riders of the civil rights era, to the black photographers whose pictures of everyday African-Americans served as a form of self-affirmation. These films and many others can be found at PBS.org Also, programs are available for streaming on NBPC’s website, blackpublicmedia.org.

More Than a Month — Shukree Tilghman

Through A Lens Darkly: Black Photographers and the Emergence of a People — Thomas Allen Harris & Don Perry

What 50 Cent Can Teach Us About Bankruptcy and Taxes