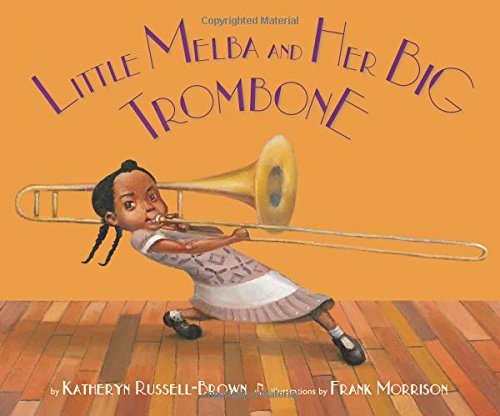 Having children read illustrated books about people who have made a difference in the world in science, music, art, and social activism is a fun and engaging way for them to learn about history. Buzz Feed compiled a list of 26 children’s books focused on celebrating black heroes. Check out the list below:

Harlem’s Little Blackbird tells the story of Florence Mills, a singer with a voice like a bird. Mills became popular during the Harlem Renaissance, appeared in shows on Broadway, and became an advocate for black performers.

A Splash of Red: The Life and Art of Horace Pippin by Jen Bryant tells the story of Horace Pippin, an artist who overcame a war injury to his arm and went on to have his paintings displayed in museums all over the country.

Dizzy by Jonah Winter is the story of Dizzy Gillespie, a trumpeter, bandleader, and composer who popularized the bebop style of jazz.

Fly High!: The Story of Bessie Coleman is a book by Louise Borden and Mary Kay Kroeger. Bessie Coleman is the first African American to have a pilot’s license – she traveled all the way to France to earn her license after every American school refused to teach her.

Wangari’s Trees of Peace by  Jeanette Winter tells the story of Wangari Maathai, an environmentalist who began her path to winning the Nobel Peace Prize by simply planting a few seedlings.

Salt in His Shoes by Deloris Jordan and Roslyn M. Jordan, the sisters of Michael Jordan; recognized by many as the most famous basketball player of all time. The story focuses on Michael Jordan’s childhood.

Gordon Parks: How the Photographer Captured Black and White America by Carole Boston Weatherford. Gordon Parks is a photographer who captured racism with his camera and eventually became the first black director in Hollywood.

Sojourner Truth’s Step-Stomp Stride by Andrea Davis Pinkney and Brian Pinkney. This books tells the story of Sojourner Truth, one of the most notable women from the 19th century, a Â freed slave who used her strength to become an abolitionist and women’s rights activist.

Little Melba and Her Big Trombone by Katheryn Russell-Brown, highlights Melba Liston; a child prodigy trombonist who played with everyone from Count Basie to Billie Holiday.

Alvin Ailey by Andrea Davis Pinkney tells the story of Alvin Ailey, a choreographer and dancer whose work helped transformed the perception of modern dance and lives on through the Alvin Ailey Center in New York.

I Am Jackie Robinson  is a book with the inspiring message — “We all can be hereos,” author Brad Meltzer tells the story of Jackie Robinson, the first black player in Major League Baseball.

When the Beat Was Born: DJ Kool Herc and the Creation of Hip-Hop by Laban Carrick Hill. Clive Campbell, also known as DJ Kool Herc, is credited for bringing hip-hop music to the scene during the 1970’s.