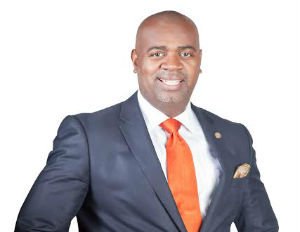 As we look back on Baraka’s first 100 days, the son of the late dramatist, novelist and poet Amiri Baraka and Cory Booker‘s successor, the newly-minted mayor has had his share of early victories and stinging defeats.

A major victory of note for the mayor, according to the Star-Ledger, Baraka, “managed to propose a budget without laying off city employees”, and introduced “a few small initiatives to kick off his first few months in office, offering the city a glimpse of an administration that seeks a new era in Newark.”

The Municipal Council approved the budget Tuesday and in what should be considered a celebration of his first 100 days, the State of New Jersey approved it Wednesday.

Baraka famously inherited a $93-million city deficit from Booker when he swept into office.

Sakina Cole, Director of Communications for the City of Newark, tells BlackEnterprise.com Baraka, through a series of moves to reduce government spending and raise revenueÂ  managed to reduce the deficit gap to $10 million.

Baraka’s fiery campaign slogan, “When I become mayor we all become mayor”, a promise for a more inclusive form of government resonated with Newark voters.

In a statement, Baraka says he will, “restructure debt on Housing Authority bonds to save $5 million and will find $16 million by cutting expenses such as stationery, travel and software.”

He also plans to trim the deficit by reducing employee car and telephone use, freezing hiring and increasing tax collections. The city also has sold property and entered into a collective-purchasing agreement with Jersey City and Paterson, New jersey.

In a statement to BlackEnterprise.com Baraka says, “The process of closing the budget gap in the first 100 days has been a dominant priority for all of us in the administration but it has been manageable and it has given us an opportunity to gain control of our City’s financial situation, and to make Newark more efficient at collecting revenue.”

Bloomberg reports, “Baraka, 44, won election in June promising economic growth throughout the city of 278,000 about 13 miles (21 kilometers) west of Manhattan. New York-based Moody’s Investors Service in May lowered the rating on almost $575 million in city general-obligation debt, citing an increased reliance on cash-flow borrowing, late budgets and high poverty. 42% percent of its real estate is non-taxable. Moody’s gave the city a negative outlook.”

The Ledger also reports other difficulties in what has been a bittersweet 100 days, “During his short tenure in office, Baraka has watched the federal government lambast his police department. He has also endured the public chastising of Gov. Chris Christie over his outcries about changes taking place in the school district.”

Just days into his tenure, Newark became the first municipal police agency in state history to operate under a federal watchdog— and the 13th in the nation—in just the latest development in a decades-long pattern of oversight.

Baraka says he welcomed the fed monitor as a chance to improve the department. On his Inauguration Day he appointed five top directors including police director and police chief and in a move geared towards improving the relationship between police and citizens within the community, he has implemented a summer community walk program where officers and community stakeholders walk around various communities.

He has also been ruffling feathers at City Hall, making small but noteworthy changes in the city’s operations.

He demoted six deputy chiefs as part of a “plan to put 70% of the force patrolling neighborhoods, prompting criticism from the Newark Superior Officers Association.”

He also reportedly introduced an ordinance that would allow the city to fine banks up to $2,500 for not maintaining their abandoned properties.

And in one of his more public fights with Trenton he openly criticized the One Newark, reorganization program that expands charters schools, relocates schools and changes school leadership, just like he promised Newark parents and voters he would.

It got ugly when New Jersey Governor Chris Christie called Baraka, “hostile” and maintained that was the state officials, not the mayor, who made the decisions on Newark Public Schools’ operations.

Ras Baraka launched a city poetry month Tuesday, on what would have been his father, Amiri Baraka’s, 80th birthday.

According to a statement from his office, “Baraka will unveil a report to the public on its achievements during its first 100 days in office, on Wednesday, Oct 15, at 6:30 p.m., at the premiere screening of Mayor Ras J. Baraka’s First 100 Days: Believing In Newark documentary at Newark CityPlex 12 Cinema, located at 360-394 Springfield Avenue, in the City’s Central Ward.

Cole also tells BlackEnterprise.com, he has some ideas about rebuilding the predominately African American areas in town vs. just the downtown areas, which she promises will be good for business and the residents.

Baraka tells BE, “It’s very important for the entire country that the Newark economy is strong. It is just as necessary for the many visitors we get through the Newark Liberty Airport or the Prudential Center or the six colleges, as it is important for the residents who we must insure have jobs and a high quality of life. So, I am proud to have this responsibility and I realize it is vast.”

Kerry Washington Will Star in New Comedy, ‘Is He The One’ 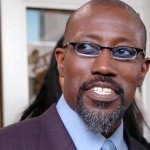